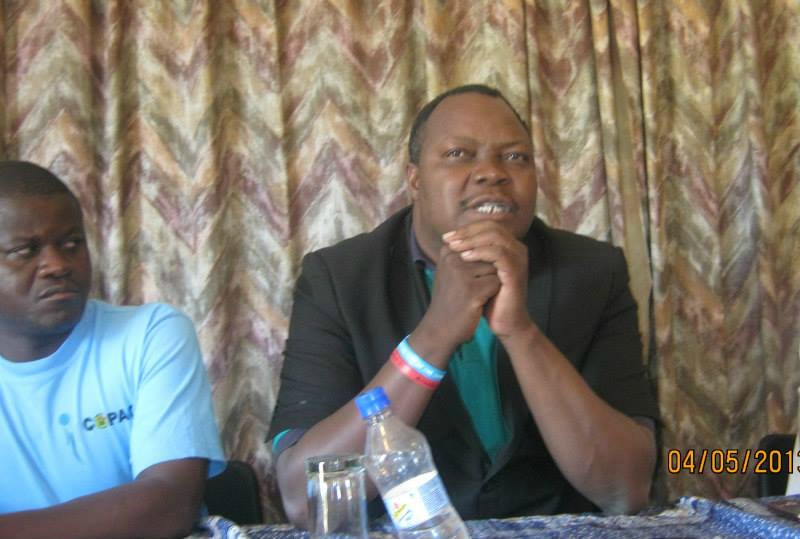 FIREBRAND opposition politician Job Sikhala has warned President Emmerson Mnangagwa and his regime to brace for bloodshed if the incumbent tries to deny the opposition MDC Alliance victory in Monday’s crunch general elections.

The founding MDC legislator and Alliance’s aspiring MP for Zengeza West, said this at a rally presided over by Alliance presidential candidate Nelson Chamisa in Chitungwiza’s Chibuku Stadium Thursday.

The outspoken politician and lawyer urged opposition supporters to protect their vote at all costs.

“After voting on Monday, make sure you protect your vote,” he said.

“No one will intimidate you as the police and army will be there to protect you.”

Sikhala warned of dire consequences if Zanu PF tries to deny the opposition its victory.

“This time around if anyone tries to steal our vote, rwendo rwuno kunofiwa (there will be bloodshed),” he said.

However, Chamisa was quick to withdraw Sikhala’s utterances, saying “we do not want bloodshed in this country”.

The opposition continues to express fears of possible vote manipulation by the Zanu PF led government.

Chamisa has threatened there will be no election if the Zimbabwe Electoral Commission (ZEC) continued to resist his demands for a level playing field.

But his threats have elicited equal warning from President Emmerson Mnangagwa who has dared his younger challenger to cause anarchy in the country.

“fF anyone causes anarchy, the rule of law will prevail. We will not allow chaos in our country,” Mnangagwa warned at a rally in Mhondoro last Tuesday.

Police on Wednesday also urged locals to respect the laws of the country and maintain peace during the election period.

Zimbabwean previous elections have been marred by violence and intimidation mostly targeted at the of opposition.

However, the fall of former President Robert Mugabe last November has seen the country restore a very peaceful pre-election environment.