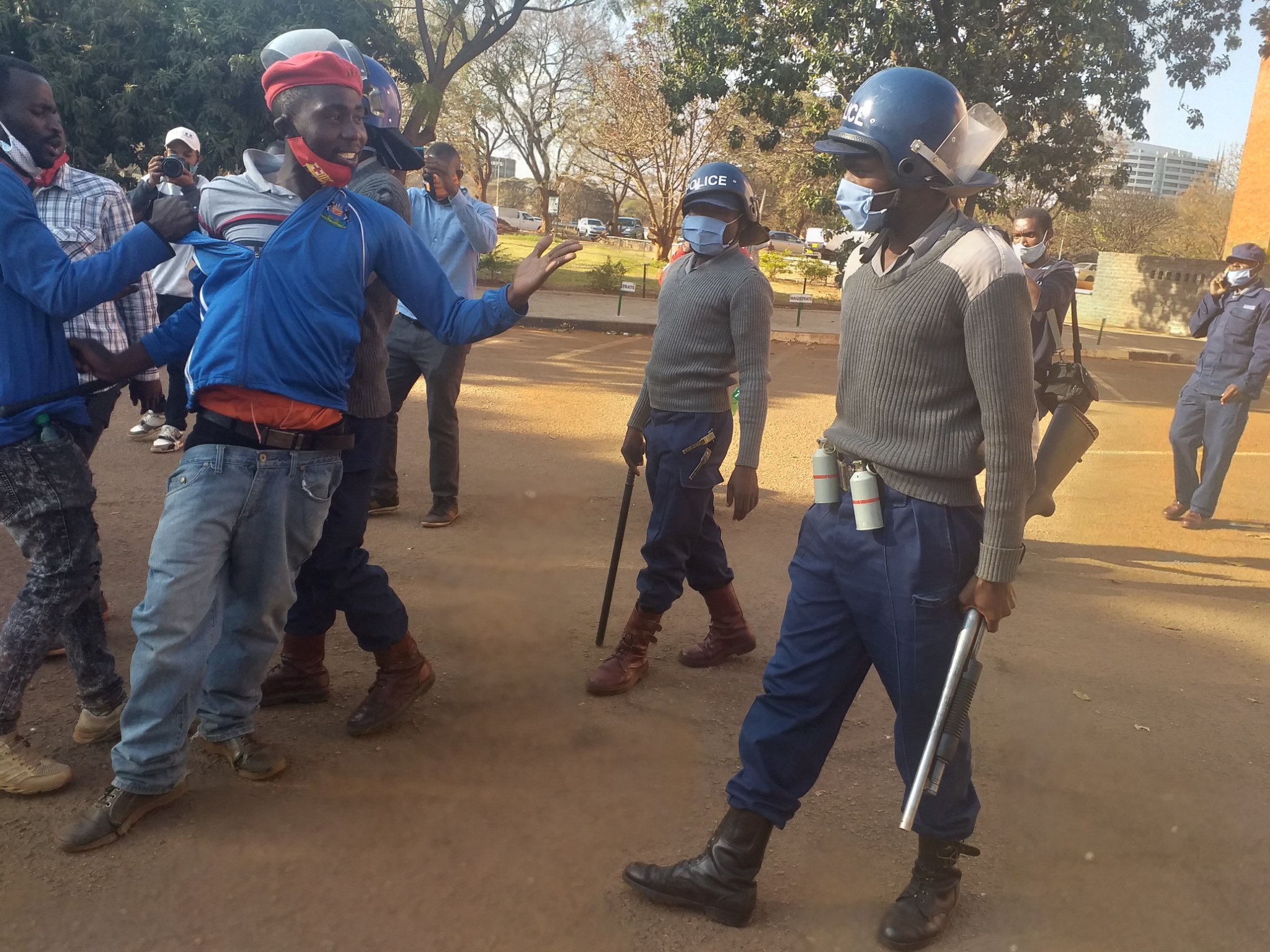 TWO MDC Alliance supporters, who came to the Harare Magistrates’ Courts Monday in solidarity with party vice-chairperson Job Sikhala, were beaten by baton stick-wielding police officers before they were arrested.

The two were part of almost 20 MDC Alliance youths who staged a flash demonstration outside the court building in protest over the arrest of Sikhala.

They were chanting songs denigrating President Emmerson Mnangagwa over the manner he is managing the country’s economy and how basic human rights were being trampled on.

The demo lasted less than 30 minutes before anti-riot reinforcements arrived at the courts and dispersed the protesters.

According to the Zimbabwe Lawyers for Human Rights (ZLHR), the arrested MDC Alliance members are detained at the Harare Central Police Station.

Sikhala who was in hiding until his arrest last Friday was at the courts applying for bail. The matter was postponed to this Tuesday.

He is facing charges of inciting public violence.