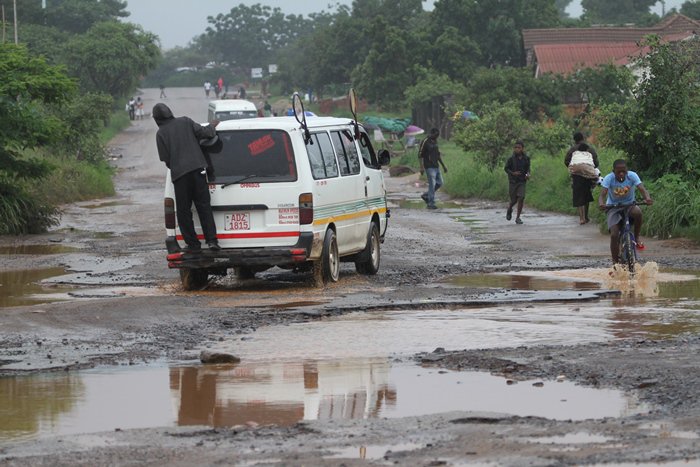 THE few commuter operators in Silobela have doubled their fares for commuters who are travelling from Silobela to nearby Kwekwe city citing excessive tear on their vehicles from bad roads linking to two Midlands areas.

The fares have been doubled from US$5 to US$10.

Silobela Councillor Willard Moyo told NewZimbabwe.com the state of roads in the area have become a nightmare.

“The state of our roads in Silobela is now a nightmare as roads here have become a death trap,” he said.

The infrastructure has deteriorated under heavy rains that have been pounding the country in recent months.

“There are no roads to speak of due to the heavy rains which have been pounding the country recently.

“Another challenge is on funding to improve the roads. Lack of funding from DDF has worsened our situation.

“We can no longer call these roads as they are now a death trap. The roads are now a hazard. Kombis can’t pass through,” he said.

Moyo said due to the poor state of roads, Silobela has now been cut off from services.

“It’s becoming worse now because even the trucks which bring medicine to our local clinics from NatPharm can’t pass through smoothly. We are asking the government to fund DDF so that they could rehabilitate our roads,” he said.

He added that a few available kombis have now doubled their fares.

“There are a few of kombis now plying our route. Because of the bad roads the kombis are now charging US$10 to Kwekwe from Donsa Ward 29 on a journey we used to pay US$5 a journey which is about 150km. This is a sad situation as people are really suffering here,” he said.