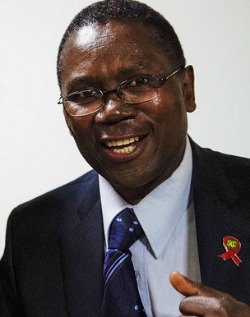 ROY Bennet was the first to publicly dissent, Ben Freeth followed, then Ian Kay, Elias Mudzuri, Eddie Cross and now Elton Mangoma. The chorus grows.
His remarkably candid and well-choreographed letter demanding Morgan Tsvangirai step down punched above his personal courage. It is likely that powerful allies, who are yet to show their hand, are encouraging Mangoma and have emboldened him with assurances of their support.
Meanwhile, donors are reportedly channelling funds to the shadowy faction calling itself the Renewal Team, starving Tsvangirai of resources whilst strengthening the hand of his adversaries. It’s a masterstroke and it is unlikely Tsvangirai will survive this final push.
The MDC is in an impossible position. They are damned if they remove Tsvangirai and they are damned if they retain him as president. For all his faults, Tsvangirai has a charisma to him – perhaps not of the statesman variety but he certainly excels in sloganeering in such a way as to be impossible to ignore. He has undoubtedly become the face of the opposition cause and his departure could possibly demoralise less thoughtful supporters.
But it is difficult to ignore the manner in which his scandalous lifestyle and lack of tact has brought the party into disrepute. In the surprisingly acerbic letter, Mangoma raises unassailable arguments pointing out, among other things, that Tsvangirai has had his chance but has failed to unseat President Robert Mugabe over the past 15 years. Tsvangirai loyalists insist he still has more tricks in his quiver and must be allowed to continue the fight. The Mangoma camp is unconvinced and is demanding he pass the baton to a new leader with new ideas.
The answers to the MDC’s seemingly intractable problems lie in Simba Makoni. I recognise this might seem an unusual proposition but I am persuaded that Simba Makoni can save the MDC and lead them to victory in 2018.