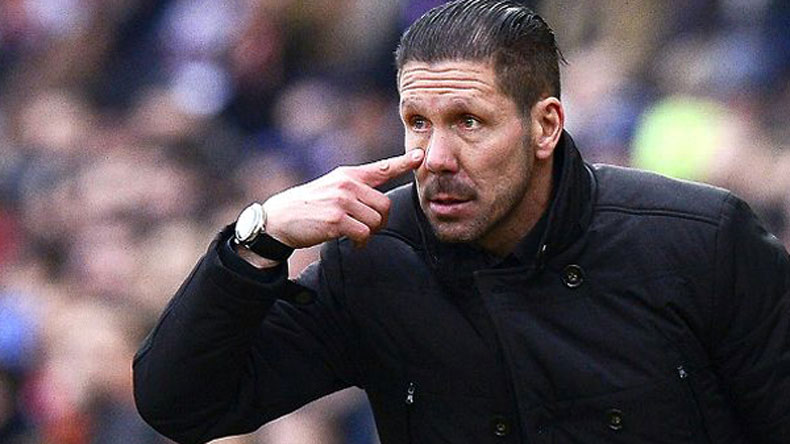 Atletico Madrid coach Diego Simeone has blasted Argentina’s World Cup campaign, lambasting the “anarchy” on and off the field that has left the two-time champions facing first-round elimination.

In an audio recording published by Spanish media outlets, the former Argentina international said the current squad lacked leadership on and off the field following Thursday’s 3-0 rout by Croatia in Group D.

And in a veiled dig at Argentina star Lionel Messi, Simeone even hinted he would pick Portuguese rival Cristiano Ronaldo in his team if forced to choose.

“What is happening right now is what has happened to the national team over the past four years, unfortunately: anarchy,” Simeone said.

“There is no leadership from the management or from those who are supposed to lead. I see a team that is lost.”

With Messi struggling for form and yet to score in Russia, Simeone indicated that he would prefer to have Ronaldo in his team.

“Messi is very good, but it is clear that he is very good because he is surrounded by extraordinary players (at Barcelona),” Simeone said. “The question I ask is if you have to choose between Messi and Ronaldo in a normal team, who would you choose?”

Argentina have one point from two games and now need to beat Nigeria in their final group game and hope that other results go their way to proceed into the last 16.

Despite the uncertainty, Simeone said he had not given up hope that Argentina may yet survive into the knockout stage.

“The team is all wrong, but it is Argentina and I believe that it will happen,” Simeone said.

However Simeone said Argentina needed to rediscover their fighting spirit to have any chance of progressing.

“It’s clear that today in the locker room they are coming to blows. Someone has to step up and start fighting,” he added.

“He’s done it before hasn’t he?” Simeone said. “He did it against Spain, and against Italy. If you make a mistake like that in a World Cup game, it’s a goal.”