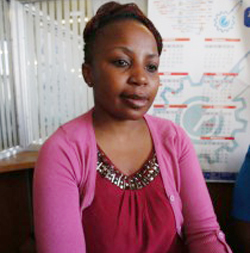 SIMON Chimbetu’s widow has died in the same month that commemorative shows were being held to honour the late musician.
Angela, 39, had been admitted for over a week at Chitungwiza General Hospital before her death on Sunday afternoon, her family said.
She was first taken ill on August 11 during a concert to honour her husband who died on August 14, 2005. The Chimbetus had dedicated the whole of August to honour the legendary singer who was declared a provincial hero for his contribution to the country’s war of independence in the 1980s.
Angela had complained of dizziness during the gig at Harare Gardens, and was admitted overnight for monitoring after doctors diagnosed her with high blood pressure.
On Heroes’ Day, August 12, Angela travelled to Chinhoyi with the Chimbetu family and visited the Mashonaland West provincial Heroes’ Acre where the late Dendera star’s remains are interred.
But Angela was missing from a gig held later that day at Chinhoyi Stadium after being rushed back to hospital.
Confirming her death on Sunday, step-son Suluman Chimbetu said from the Victoria Falls: “Most of the tests that had been conducted after she complained of having breathing problems had not yet been out.
“So, I guess we’ll all know the cause of death after the post-mortem.”
He said his mother had been a “pillar of strength”, adding: “Our mother was the last shoulder we had left to cry on. Now that she is gone, and our father also gone, we’re really on our own. Now more than ever we need to be united as a family as these are trying times.”Advertisement