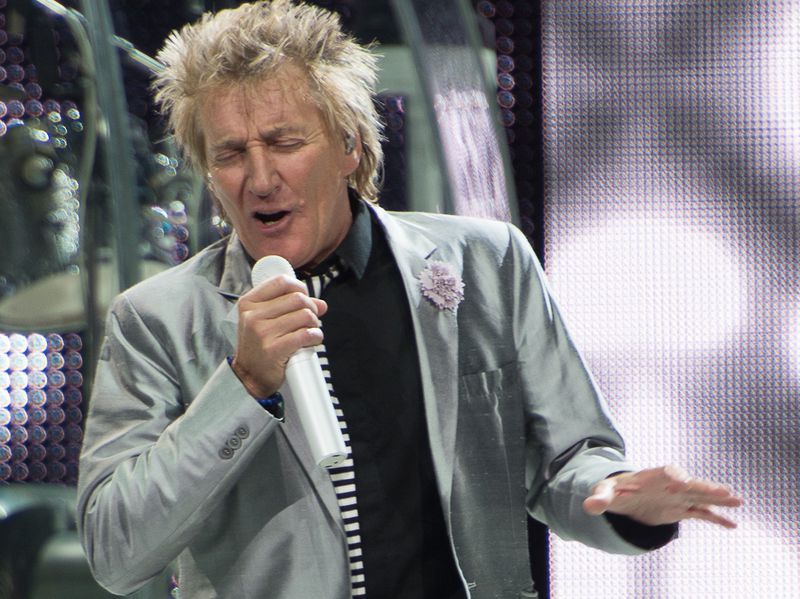 Sir Rod Stewart has been given the all-clear after being diagnosed with prostate cancer.

The rock legend made the revelation at a fundraising event on Saturday.

“No-one knows this, but I thought this was about time I told everybody. I’m in the clear, now, simply because I caught it early. I have so many tests,” he said, according to The Mirror.

The 74-year-old was speaking at an event for the Prostate Project and golf’s European Tour Foundation.

He joked to wife Penny Lancaster that he was going to use the evening to “come out”, adding: “It’s not what you think. Two years ago I was ­diagnosed with prostate cancer.”

He said: “If you’re positive, and you work through it and you keep a smile on your face… I’ve worked for two years and I’ve just been happy, and the good Lord looked after me.”

He urged men to get checked, adding: “Guys, you’ve got to really go to the doctor.”

He was speaking at the event in Wentworth, Surrey alongside former Faces bandmate Ronnie Wood, who has previously been treated for lung cancer. “Somebody up there likes us, Rod,” he said, the paper reported.

More than 11,000 men die from prostate cancer in the UK every year. The prostate is a small gland in the pelvis, and is found only in men.

Fry revealed in February 2018 that he was recovering after having surgery. In a video for Prostate Cancer UK, he said: “My prostate cancer was thankfully caught in the nick of time. But it shouldn’t be down to luck. A more accurate test and, in turn, a national screening programme would give men the best possible chance.”

Broadbent, who has starred in Paddington, Game of Thrones, Moulin Rouge! and Iris, said: “Early diagnosis is crucial in order to stop this, as I well know. I’m one of the lucky ones.”

The coverage of Fry and Turnbull’s treatments led to an increase in men getting checked, the head of the NHS revealed last year.

Prostate Project trustee Tim Sharp said: “When these high profile celebrities talk about it, it makes a huge difference.

“What we say to men between 50 and 70 is you should go and get yourself checked whether you have any symptoms or not. One of the key problems with prostate cancer in its early stages is it is largely symptomless.

“If every single man between 50 and 70 went to see their doctor, we would see the number of deaths reduced dramatically.”