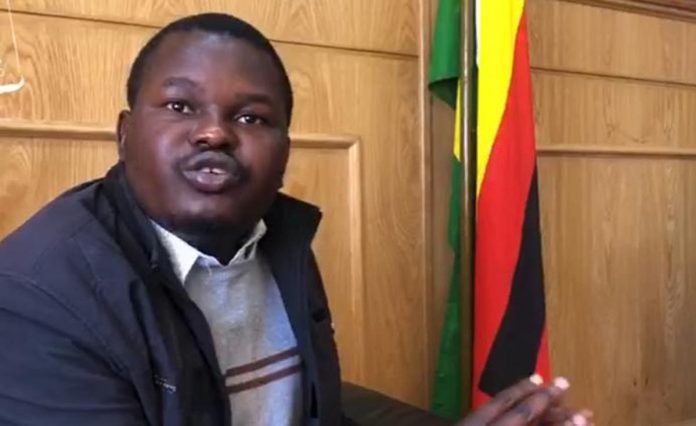 ZANU PF Director of Information Tafadzwa Mugwadi Wednesday reacted angrily to calls by the United Kingdom (UK) MPs for Harare to uphold the rule of law and stop political persecution.

In the House of Lords Tuesday, the UK MPs expressed concern over the declining political situation in Zimbabwe, and the continued incarceration of MDC Alliance youth activist, Makomborero Haruzivishe at the Harare Remand Prison.

However, Mugwadi, who has in the past had altercations with several senior foreign government officials and journalists including those from neighbouring South Africa and the US, angrily rubbished the contributions made by the UK MPs.

“Our UK Government will only support Zimbabwe’s bid to rejoin the Commonwealth when the rule of law is restored, and the freedom of speech and political freedoms are protected,” Lord St. John said.

However, in response, Mugwadi described the UK MPs as “Lilliputians”.

The Lilliputians are viewed as a society of people around six inches in average height, but with all the arrogance and sense of self-importance associated with full-sized men.

“We defeated regime change long ago during war-monger Tony Blair’s time. It is scandalous for these Lilliputians to make noise about a nation whose name they can hardly pronounce,” Mugwadi said.

“The UK Embassy and UK Ambassador to Zimbabwe Melanie Robinson must be the most embarrassed by such classical stupidity. Sit down pink pigs!” added Mugwadi.

We defeated regime change long ago during war-monger Tony Blair's time. Its scandalous for these liliputianns to make noise abt a nation whose name they can hardly pronounce. @UKinZimbabwe & @HMAMelanieR must be the most embrassed by such classical stupidity. Sit down pink pigs! pic.twitter.com/T45aaV0DNL

Mnangagwa has been working for Zimbabwe to be part of the international community after over two decades of isolation as it is viewed as a pariah state.

He has hired international public relations to improve his administration’s image.

However, these efforts have yielded nothing since November 2017, when Mnangagwa took over as president after a military-assisted coup that removed the now late former strongman, Robert Mugabe from office.