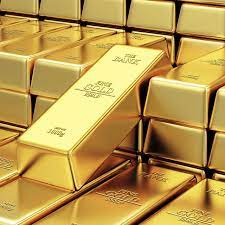 NANOTECHNOLOGY Company, Sixth Innovations Inc. has entered into an agreement, which will see it deploying its IXOS® molecular imprinted polymer for extraction and purification of gold and silver at Penhalonga gold mine.

The company said IXOS has been demonstrated to capture up to 99% of gold from cyanide leach solutions in laboratory and mine site testing, where the data was analysed by the mine operator.

“Representing a material increase relative to activated carbon, which recovers between 85% and 95% of the gold, as reported by potential mining customers of IXOS. Additionally, the increased selectivity of IXOS results in the capture of fewer other competitive base metals,” Sixth Wave said.

The project is expected to be rolled under three phases with completion of the initial implementations launching Phase 3 to address the testing and optimisation of extraction for the transitional and refractory ore present at the mine.

Sixth Wave will name Magnus as the exclusive distributor for IXOS®-Au in Africa and the countries that comprise the Gulf Cooperation Council (GCC) as per the initial memorandum of understanding. Term aspects and finalisation will not be addressed until completion of Phase 1.

“We are very excited about this collaboration and bringing our advanced technology to the mining industry on the African continent and beyond with Magnus Mineral Resources (PVT) Limited. I have been involved in several mining operations including design and commissioning on the continent and within the GCC.

“My prior experience allows the Sixth Wave team to have a foundational understanding of the challenges and requirements so that we can help ensure the success of the Magnus projects,” Sixth Wave Mining Division vice president, Nicol Newton said.

“Magnus Mineral Resources (PVT) Limited is extremely satisfied with the technical depth and analysis that has been provided by Sixth Wave to get us to the point that we can launch the project.

“We are looking forward to the initial testing data and further defining the design and implementation specifications to maximize the profitability of our endeavors,” he said.