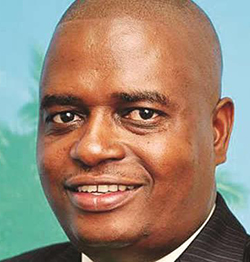 SOME local political parties have accused leading rivals, Zanu PF and the MDC –T, of sideling them when engaging with the Zimbabwe Electoral Commission (ZEC) on polling processes in the country.
Speaking at a Public Policy Research Institute (PRIZ) dialogue series on elections in Bulawayo last week, Zapu spokesperson Iphithule Maphosa lamented what he described as “exclusionary and misplaced feeling of entitlement tendencies” by the two parties.
“We are unfortunate that among the opposition, there are the gullible ones who have fallen for Zanu PF’s divide and rule tactics.
“The MDC-T has been made to believe that they are superior than other opposition parties, simply on the basis of them having MPs in the current parliament.”
He continued; “As such, they have colluded with the regime to exclude others in their engagement with ZEC.
“Why is it that the elections body’s so-called political parties Liaison Committee is only comprised of three political parties, yet we have a lot of serious political parties in the country?”
Any inter-party team comprising representatives from the three political parties in parliament, Zanu PF, MDC-T and the Welshman Ncube-led MDC have been engaging ZEC on election issues including the Biometric Voter Registration (BVR) programme.
Maphosa said it was unfair for ZEC to ignore other parties.
“To us, the process of rigging has already started because only three political parties are the ones who are in the know of what is happening in as far as the 2018 elections preparations are concerned.
“Every constituency must be heard when it comes to national elections, including those represented by opposition parties currently out of parliament.”
Amos Dangwa, the president of the opposition Economic Reform Assembly (ERA) also condemned ZEC for the exclusion of other political parties from the inter–party liaison committee.
“As far as ERA is concerned, there is no party which is bigger or smaller when it comes to a fair and even political field,” he said.
“Excluding other political parties from the election processes is tantamount to ZEC’s endorsement of the three political parties ahead of the elections.
“ZEC should rectify this anomaly as a matter of urgency.”
Dangwa said if the electoral agency maintains its attitude towards “smaller” parties, his party might be forced to seek legal recourse to compel ZEC to be inclusive in its dealings with political parties.Advertisement

“We expect ZEC to be neutral and treat us equal all the time. Every party which is registered in terms of the laws of the country has a right to engage as well as to be engaged by ZEC,” he said
For his part, Methuseli Moyo, National People Party (NPP) spokesperson also concurred and called for an all-inclusive election engagement so as to capture all voices and grievances.
When reached for comment, ZEC commissioner Qhubani Moyo denied the saying; “That is not true.
“Three days ago, I was at a meeting in Harare where about 93 political parties attended. ZEC has no policy of selective when it comes to dealing with stakeholders.”