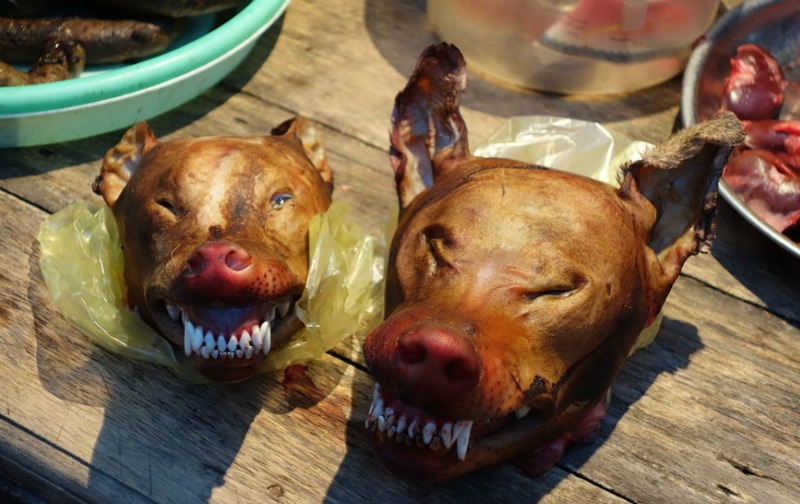 Controversial pastor Penuel Mnguni has been filmed giving his congregants what he claims to be dog meat and blood, video footage showed on the End Times Disciples Ministries Facebook page.

In the video entitled, Sunday Live Holy Communion Service, a small group of people are dancing around to music before Mnguni starts preaching.

“If there is anything not right inside your stomach, I’m saying today, you will recover,” he tells the group.

An elderly woman is the first person to step up and is giving something to eat and drink. Her lips are filled with sores and she told Mnguni that she has been sick for two months and claims that despite going to the clinic she has not been able to get better.

Mnguni promised everyone who was sick with “HIV, Diabetes, cancer and whatever” that they would be ‘healed.’

He then passed around what he claims are dog bones for the crowd to eat.

“So this is the bones of a dog. So if you want to take one home, you can take it. It’s the flesh of Jesus Christ. It’s no more a dog. I prayed for this bones.”

He then asks people to come forward and eat what he claims is dog meat and blood. He later showed footage of a dog being decapitated, skinned and cut up.

“There will be no obstacle against you. Now stepping back. You will be moving forward.”

This person said she had been suffering from headaches. After eating the apparent dog meat and blood, she fell to the floor. Mnguni began hitting her on the back and asked her to “anoint the house.”

News24 previously reported that the Commission for the Promotion and Protection of the Rights of Cultural, Religious and Linguistic Communities had vowed to put an end to Mnguni’s practises after footage of him driving a car over his congregants emerged.