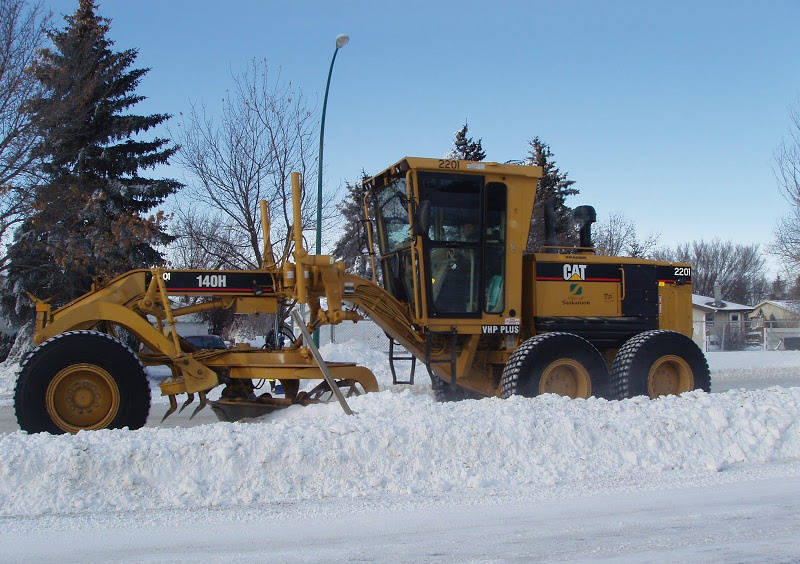 A snow grader in its proper use
Spread This News

The contract was issued to a Zimbabwean firm, but instead of road graders, the Chinese supplier delivered snow graders. It never snows in Zimbabwe. After 40 of the useless, and expensive, machines were delivered, the Zimbabwe National Road Authority and the company that had won the contract ordered 40 more from China, bypassing the normal tender process.

Taxpayers have footed the bill — more than $8 million — and the snow graders sit unused, too expensive to maintain and all but useless for building roads.

It’s a classic example of corruption and illicit financial flows, which have cost Zimbabwe billions of dollars in recent decades, robbing the country of money that could have been spent on improving health, infrastructure, education and other vital services for the impoverished citizens.

A government audit of the 2012 deal and an investigation by this newspaper show how the scandal developed. The Zimbabwe Anti-Corruption Commission (ZACC) says it is now willing to open investigations into how the Zimbabwe National Road Authority (ZINARA) ended up with the snow graders.

In November 2012, ZINARA applied to purchase a fleet of motorised graders worth just over $8 million after going through State Procurement Board (SPB) tender procedures. The contract was awarded to Univern, a Zimbabwean-registered firm, which trades as Southern Region Trading Company (SRTC). Univern supplies IT systems, as well as various goods and services, in Zimbabwe. The company has taken a leading role in Public Private Partnership (PPP) agreements.

Graders are commonly used in the construction and maintenance of dirt and gravel roads in Zimbabwe.

Snow graders have little else in common with them besides sharing part of their name; they have snow ploughs mounted on front, and are used to remove snow and ice from roads and airfields in countries with cold climates. Not once in its history has Zimbabwe recorded snowfall.

Forty of the snow graders were delivered to ZINARA in 2012, and then, according to a 2014 audit report by the Office of the Auditor General, ZINARA and Univern acquired an additional fleet of snow graders at the same cost of the first consignment, without following due diligence. The municipalities destined to receive the vehicles were not consulted and had not yet taken possession of the first batch of graders.

“The tender was manipulated to allow only one bid,” said Zimbabwean economist and politician Eddie Cross. He said the price of the machinery was also inflated, “by about a third.”

Univern, ZINARA, and the Auditor-General’s Office and the Procurement Regulatory Authority of Zimbabwe (PRAZ), all agree that the extra machines were acquired irregularly (though a subsidiary of Univern still maintains the machinery in question was appropriate for the job — not snow graders.)

“There was no proper procurement procedures followed when procuring the second batch of 40 graders,” said ZINARA board chair Michael Madanha, who was appointed since the deal and was not part of the team involved in it.

“Conditions of the first batch of graders as per contract were used for the second at the same cost,” said Madanha. The machines were delivered at a cost of $174 800 before value added tax (VAT); the final cost was $201 000 each.

An official with the council in Guruve said it had parked the snow grader sent there because it was too expensive to run and was not suitable for the local terrain.

However, Faijul Materia, chief executive officer of Agricon, the Univern subsidiary that procured the vehicles from China, insisted the machinery it delivered was not snow graders and tried to blame “politicians and competitors”.

“This is absolutely lies and it is something that was fabricated by a certain member of parliament, who unfortunately has very little knowledge regarding the machines in question here,” Materia said in an interview. “These machines were working when they were under our maintenance contract for over five years,” he said.

The ZINARA snow grader scandal highlights how Zimbabwe is losing billions of dollars through illicit financial flows (IFFs)—critical revenue leakages in the country that are undermining public service delivery and the attainment of social and economic rights.

A list of people and companies that moved funds offshore illegally published by the Government of Zimbabwe last year indicated that the country lost about US$2,83 billion from 2009 to 2013 through illicit flows, translating to an annual average of around US$570 million.

Zimbabwe Anti-Corruption Commission (ZACC) spokesperson Mr John Makamure said what Zinara and Univern did could be investigated as corruption.

“Violation of procurement regulations is a form of corruption. ZACC will investigate such matters if brought to its attention,” Makamure said in an interview. “We are going to probe the Univern case as well as we are looking into all issues..in the investigation of suspected cases of corruption revealed by the auditor general.”

Madanha, the ZINARA board chair, said the company was hiring a financial advisor to re-examine some of the agreements signed with service providers. “As to suspicion of fraud and inflated prices, there are no comparative invoices to compare prices but this will be looked into by the financial advisor,” he said.

Zimbabwe’s new Public Procurement and Disposal of Public Assets Act (the Public Procurement Act) came into effect in 2018. The new Act repealed the Procurement Act so that the award of tenders will now be done by accounting officers in various state departments and companies, with the authority only playing a supervisory and monitoring role to ensure government entities comply with the new act and other set standards.

“We now have in place a new and improved procurement policy and regulatory framework that all public entities must strictly adhere to,” said ZACC spokesperson Makamure.

Former Finance Minister, Tendai Biti recently told Parliamentarians that unnamed bigwigs in government are allegedly meddling with investigations by parliament into the operations of Zinara after the government audit. “We are very determined to get to the bottom of it,” Biti said.

“This story was produced by NewZimbabwe.com. It was written as part of Wealth of Nations, a media skills development programme run by the Thomson Reuters Foundation. More information at www.wealth-of-nations.org. The content is the sole responsibility of the author and the publisher.”