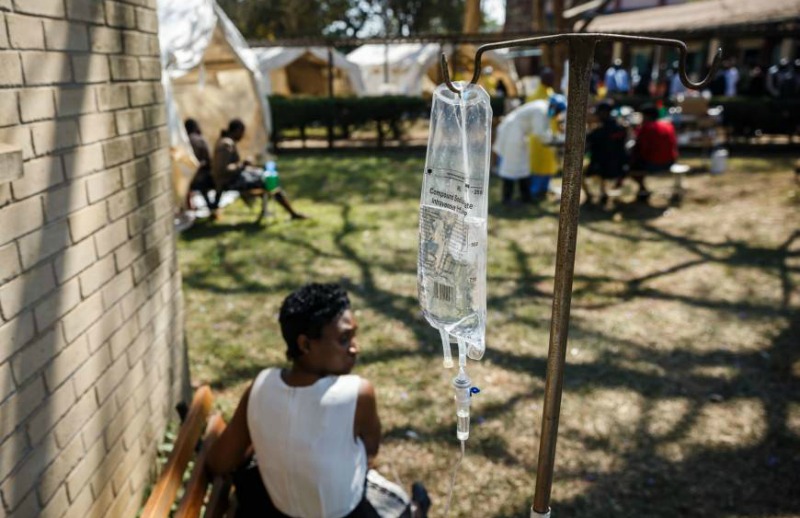 He was speaking during a donation ceremony of usage materials in the fight against the scourge on Tuesday. The event was held in Harare’s cholera hotspot of Budiriro suburb.

Duri said the epidemic was better managed through the availability of clean water more than anything else.

“Basically, cholera is a condition which is amiable if you give water, then you know that cholera is sorted out.

“Fortunately, it is a very small percentage of people that requires medication. So, at the end of the day, medication is important but not as important as the fluids that we are talking about,” Duri said.

Drugs and other medicines have not been spared by the skyrocketing prices of goods and services amid reports that some local pharmacies were now demanding payment in scarce foreign currency.

The recent fall of the local bond note’s value against the US dollar has triggered the current pricing stampede as businesses try to cushion themselves against potential losses.

Meanwhile, Duri said Harare city authorities have since managed to contain the cholera outbreak with deaths having now been averted.

“Currently, we have 26 cases that have been reported within 24hours; that is yesterday the 22nd and cumulatively 12 499 cases from all the treatment centres that is Beatrice, Budiriro and Glenview…208 confirmed cases of patients who are positive and 43 deaths in Harare only, for the past 2 weeks,” he said.

Speaking at the same occasion, Salvation Army territorial secretary for programme administration, Lieutenant-Colonel Trustmore Muzorori said the church was obliged to make its own donations towards what has been a concerted fight against the epidemic.

“When we experience mishaps in a nation, it becomes the responsibility of all Zimbabweans and as a church, we are part of the Zimbabwean people.

“We need to extend our help where it is needed and our motto is, we give our hearts to God and extend our hands to those in need.” said Muzorori.

The disaster has been linked to the city’s aging sewer infrastructure that has witnessed recurrent bursts leading to contamination of water sources such as wells and boreholes.