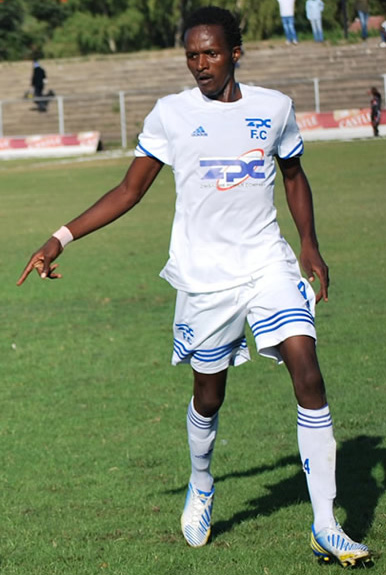 REBUILDING Harare City could snap newly crowned 2014 Soccer Star of the Year Dennis Dauda from last season’s Premiership runners up ZPC Kariba.
Dauda’s contract with ZPC ends on December 31 and new Harare City coach Taurai Mangwiro says, if the highly rated defender is available on the market, he will go for him.
“For now, he is still contracted to ZPC and we have to respect that, but once his contract runs out and he is available, we will talk to him.
“If you look at City, the biggest problem was the defence last season and we need to buy wisely,” said Mangwiro.
City conceded 44 goals last season.
Mangwiro, a recently qualified Caf instructor, is assisting Dominic Niyonzima of Burundi in the on-going Caf A Licence coaching course at the Zifa Village in Mt Hampden, Harare.
City is also on the lookout for two Caps United players – goalkeeper Tafadzwa Dube and midfielder Tendai Samanja, whose deals run out at the end of the year.