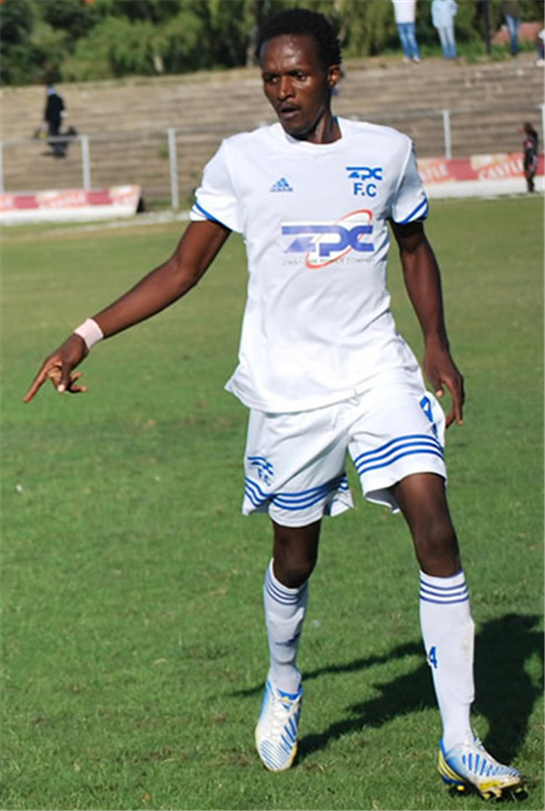 REIGNING Zimbabwe Castle Lager Premier Soccer Star of the year defender Dennis Dauda and Zambian international defender Aaron Katebe have charmed Polokwane City and look set to be signed before the close of the transfer window.
Katebe, 23, is currently on the books of Zimbabwe Premier Soccer League club FC Platinum, while Dauda who won the coveted Soccer Star of the Year last year plays for ZPC Kariba.
According to Kick Off, the duo have impressed during trials with Polokwane – a club that leaked goals heavily last season finishing with the worst defensive record in the league after conceding 60 goals.
Six players who featured in their defence last season are no longer with Polokwane for various reasons which forced the club to look for reinforcements.
Katebe has come through the ranks of Zambian football and was commanding at this year’s COSAFA Cup in the North West province from where he was spotted by Polokwane who then invited him over for trials.
He has spent most of his career playing for clubs from the mining communities in Zimbabwe starting out at Hwange before moving to FC Platinum.
His qualities were proven last year when he was named the best footballer in Zimbabwe – which is unusual for a central defender.
The lanky defender has been targeting a move away from Zimbabwe since the beginning of the year.Advertisement