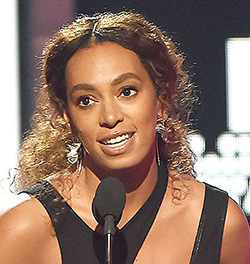 CAPE Town: Solange Knowles has announced that she will regrettably no longer be traveling to South Africa to headline Afropunk.
In a lengthy post on Instagram on Wednesday night, the 30-year-old explained that she has been battling with Autonomic Disorder “the last five months” and that doctors had not cleared her for the long flight to South Africa and to perform shortly thereafter.
“Wrote, deleted and re wrote this like 5 times… Still not sure what exactly or how much I want to share…However it’s so important to me for the people in South Africa, a place that has tremendous meaning to me and that has given me SO SO MUCH, to know why I won’t be performing at Afro Punk this NYE,” Solange wrote.
The Rise hitmaker went on to vow to visit South Africa with Afropunk when she is well enough to.
“I give you my ABSOLUTE WORD I will come back with AfroPunk and deliver this performance…..as it is so extremely important to me to connect with the people who have so closely inspired me in so many ways.”
In a statement on Facebook, Afropunk confirmed that Solange would no longer be performing, wished her a full recovery and thanked her for her constant support.
“We would like to thank Solange for her ongoing support, and for sharing this year with us at AFROPUNK festivals around the world. It is incredibly important to those of us at AFROPUNK that she recovers and remains in good health.”
The statement added that Afropunk organisers are “deeply sorry” to all festival goers for the inconvenience, however anounced that the show will go on.
Afropunk Johannesburg is set to take place on 30 and 31 December 2017. The line-up will also feature US singer Anderson Paak and local talent such as Spoek Mathambo, Laura Mvula, Black Motion and more.Advertisement