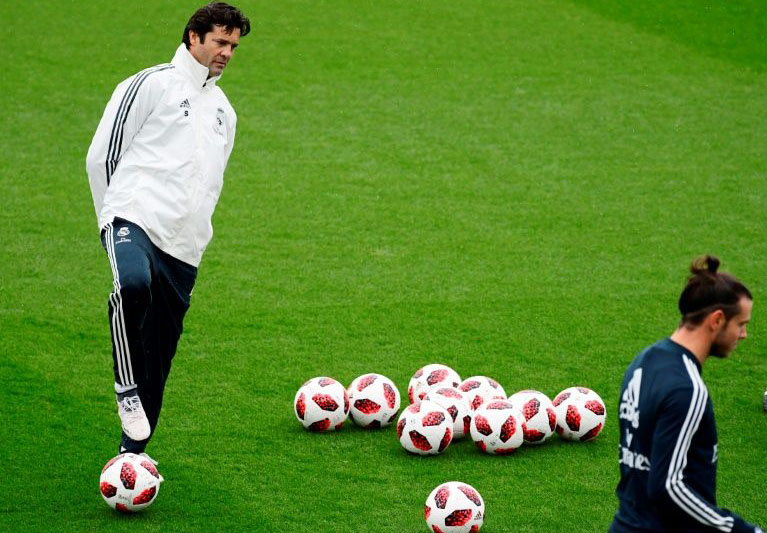 Santiago Solari is grateful for the chance to coach Real Madrid full-time but has dismissed comparisons with Zinedine Zidane.

Solari’s successful stint in temporary charge has earned him a permanent contract until 2021, with the Argentinian stepping up from his role leading Castilla, the club’s B team.

Zidane had also coached Castilla and, like Solari, took over the first team after representing Real as a player. But Solari insists the comparisons end there with the Frenchman, who led Madrid to three consecutive Champions League titles.

“Zidane is absolutely incomparable with anyone, he is a legend of this club,” Solari said on Friday.

“He was a fantastic footballer, with an exquisite game, which I was lucky to see first-hand, when we played and fought together.

“As a coach, I don’t know the statistics, but he’s probably the most successful in the history of Real Madrid. I admire him as a man too and a human being. For me it is not necessary to compare him with anyone, only to admire his greatness.”

Solari was put in charge on a temporary basis following the sacking of Julen Lopetegui last month but four wins out of four, and 15 goals scored, convinced club president Florentino Perez he deserved the job long-term.

A contract until June 2021, rather than the end of the season, represented an additional show of faith in Solari’s capabilities.

“I am very grateful and excited, it is an enormous and beautiful responsibility,” Solari said.

“For me nothing changes with respect to my previous 11 years spent at this club. The important thing is the players, and the commitment I have to working day by day.

“After that, we are all here in life temporarily, and even more so in this position at Real Madrid.”

Madrid travel to Eibar in La Liga on Saturday as they look to close a four point gap on leaders Barcelona, who face Atletico Madrid at the Wanda Metropolitano.

Raphael Varane, Marcelo and Dani Carvajal all trained under Solari on Friday morning, after the three defenders recovered from injury. Mariano Diaz was also with the group at Valdebebas.

Carvajal faces a fight to reclaim his place from Alvaro Odriozola at right-back but Varane and Marcelo are likely to return at Ipurua, with Nacho and Sergio Reguilon both struggling for fitness. Casemiro and Keylor Navas were also missing from Friday’s session.