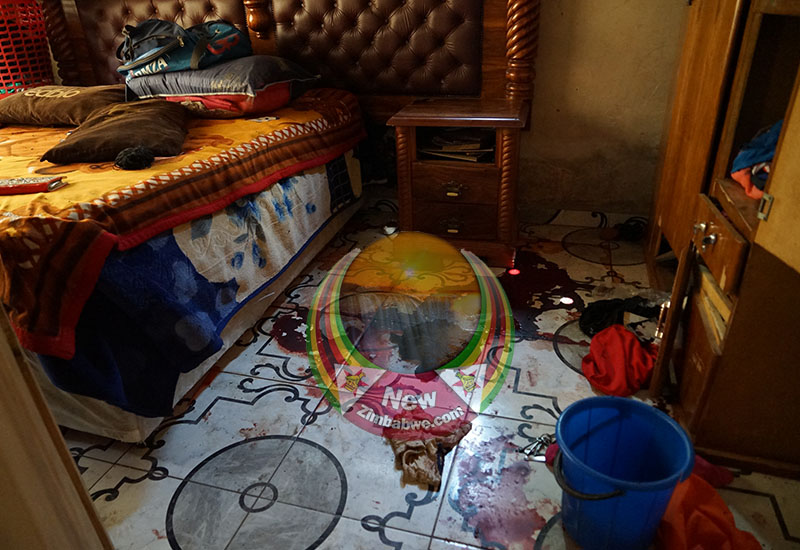 A soldier identified as Aaron Mlambo shot his wife Evelyn Precious Madawu to death and left her mother battling for her life on Sunday night after an ill-fated domestic row.

Madawu died on the spot while her mother is currently at Chitungwiza General Hospital where she is reportedly receiving treatment.

Mlambo and Madawu were, according to sources, in the middle of a separation due to marital problems.

She had retreated back to her parents’ home at which the gruesome act happened.

In an interview with NewZimbabwe.com, a teenage girl identified as a sister to Madawu who witnessed the incident said Mlambo wanted to kill the whole family.

“He knocked and I opened the door for him to come in and he was holding an AK47. I asked if he had come to see his wife and before I could answer, the wife came out of the bedroom where she was sleeping with mum. That is when he saw his wife and told her that he had come to shoot her.

“She tried to close the door but was pushed to the wall. She was shot twice in the head, my mum shouted calling for help from our brother who was sleeping in the next bedroom and he shot her ear off,” said the distraught girl.

“My brother had to hide under the bed and that is how he survived. When I saw Aaron turning back to me, I ran out of the house. He later left.”

“Whenever he came from Masvingo he could take Evelyn to the hospital for sexually transmitted diseases and he used to send me messages telling me that Evelyn got him STIs but we did not see the records that she had any STI.

“This guy used to send the whole family messages saying he is going to shoot us all but we took it for granted,” Mloyi said.

“Evelyn was now working in town in a beauty parlour. Mlambo was not happy with it.

“She told Mlambo had indicated he wanted to kill her on several occasions. We laughed it off because we took it as a joke in bad taste. They were also fighting over their baby’s custody.”