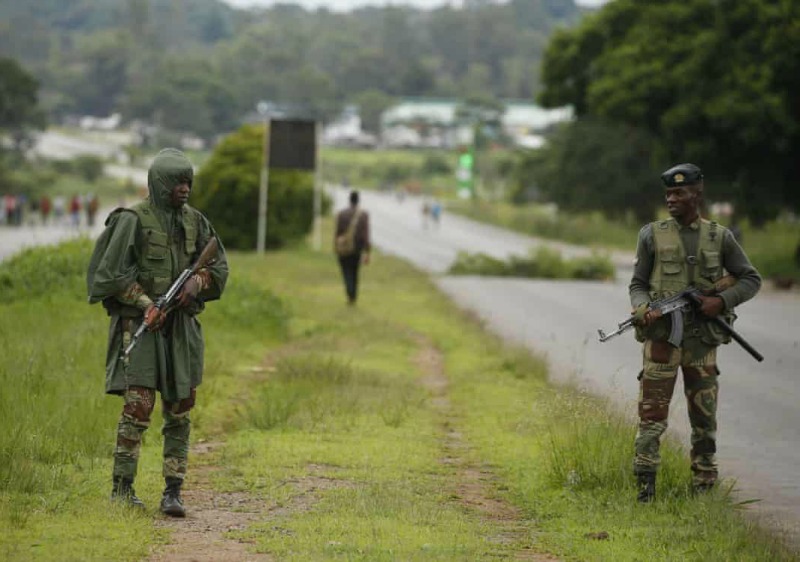 The soldiers have since been arrested and appeared at the Mwenezi Magistrates’ Court where they were remanded in custody facing charges of murdering brothers Hosia and Sifelani Matarise on boxing day last month.

Magistrate Honest Masiiwa advised them to apply for bail at the High Court.

According to the State, the trio, Crispen Maphosa, 28, Tapiwaishe Basopo, 35, and Collen Ncube, all attached to the HQ1 Brigade in Bulawayo and on duty at Mujingwe Conservancy in Mwenezi, were on 26 December 2019 approached by one Olman Nyunyani to intervene and rescue his brother who was being assaulted by the Matarise brothers.

The incident took place at Shayamavhudzi Business Centre where Nyunyani’s brother and the now deceased were drinking beer.

The court heard that when they arrived at the business centre, Maphosa, Basopo and Ncube confronted the Matarise brothers and a dispute ensued before using their AK47 service rifles to shoot the now deceased.

Hosia was shot on the head while Sifelani received a bullet on the chest and they both died on the spot.

After the shooting, court heard the soldiers threatened eyewitnesses with death if they reported them to the police. However, they were arrested two days later.

Three spent cartridges and four live rounds of ammunition were recovered at the scene.