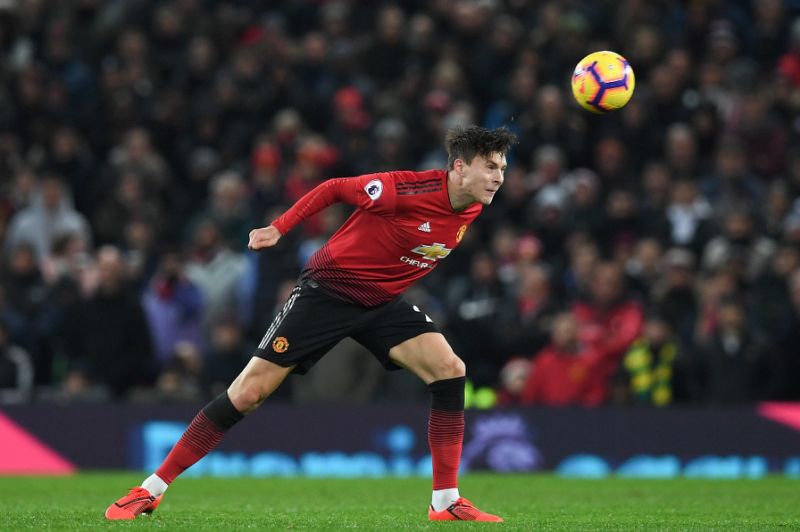 Ole Gunnar Solskjaer may yet end up wishing he had been able to strengthen Manchester United’s defence should their challenge for the Premier League’s top four fall short.

Sunday’s trip to Leicester will see United face Harry Maguire, a centre-back Jose Mourinho wanted to sign before the start of this season.

The club’s refusal to sanction a move for the England international deepened divisions between Mourinho and the board, the fallout that ended with the manager’s sacking in December as the team struggled.

Caretaker manager Solskjaer, publicly at least, appears less concerned than Mourinho about the lack of defensive signings this season but a shortage of quality in that area remains an issue.

Solskjaer made a record-breaking start after taking charge at Old Trafford in December, becoming the first manager in United’s history to win his opening eight matches, with six of those in the Premier League and two in the FA Cup.

But that sequence was ended on Tuesday in a 2-2 home league draw with Burnley, when United’s defensive problems were exposed before a late fightback rescued a point.

Executive vice-chairman Ed Woodward vetoed Mourinho’s request to sign Maguire, feeling the England defender was not worth the £70 million ($92 million) understood to be the asking price.

Other targets slipped away last summer too. A potential move for Yerry Mina did not go through because United were unhappy about the amount they would have to pay in agent fees. The Colombia defender ended up joining Everton from Barcelona instead.

Mourinho was also interested in Bayern Munich’s Jerome Boateng, but United’s board were concerned about his injury record.

United’s then-manager felt that his four senior centre-backs — Chris Smalling, Phil Jones, Eric Bailly and Victor Lindelof — were not up to standard, and the team’s shaky defensive performance this season suggests he may have had a point.

Solskjaer has preferred Jones and Lindelof as his central defensive pairing, with Bailly as an occasional stand-in.

All three have given the impression that a mistake is never far away, although Lindelof proved valuable going forward for United against Burnley, scoring the stoppage-time equaliser that preserved Solskjaer’s unbeaten record.

United’s more attacking style under their caretaker manager has made them much more attractive to watch, with Paul Pogba thriving after being given greater licence to go forward, but the approach has also exposed further their defensive weaknesses.

Leicester’s pace in attack may well cause United problems on Sunday, and Solskjaer knows it.

Under Ole Gunnar Solskjaer, Manchester United are unbeaten despite their shakey defence

“They’ve beaten Manchester City and Chelsea over the past couple of months, so it will be a tough game,” he said. “They are a team full of energy and pace in attack, with Jamie Vardy, Demarai Gray and James Maddison.

“And they defend well when they drop back. It’s hard to break them down. It will be a challenge.”

Solskjaer has proved in the past that he can solve defensive issues given time. In his two spells as manager of Norwegian club Molde, their goals-against record has improved after his first season, helped by wise investment in the transfer market.

The danger for the interim boss is that, by next season, Woodward may have someone else in charge at Old Trafford.