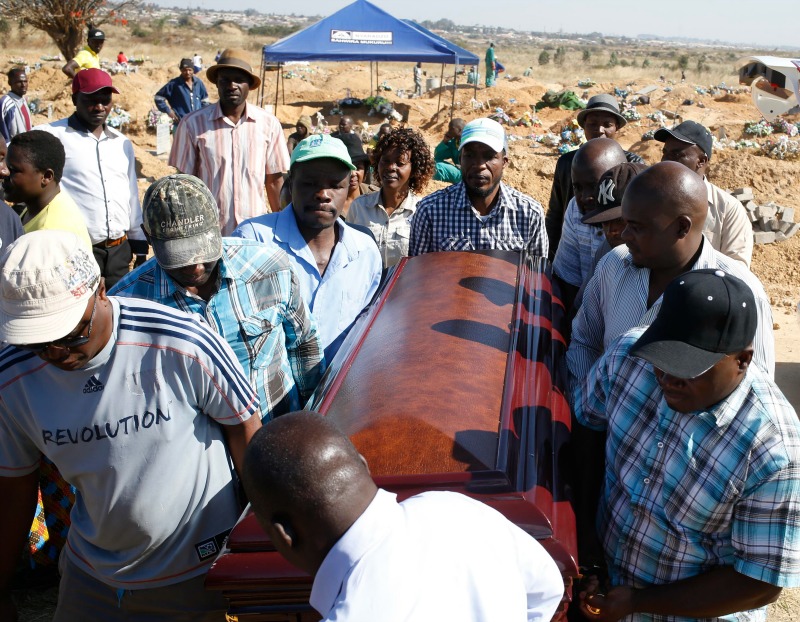 ONE of the six people shot and killed in Wednesday’s shootings by the army was buried at Zororo Memorial Park Cemetery in Harare amid a sombre atmosphere.

Sylvia Matambo-Maphosa (52) of Waterfalls in Harare, a ZINWA employee, was shot through her back in Harare’s CBD when the military fired indiscriminately at youths who violently protested the MDC Alliance’s electoral defeat to Zanu PF in the just ended harmonised elections.

During her burial, also attended by the country’s Tourism Minister Priscah Mupfumira, one of Maphosa’s nephews described the mother of two’s death as “a tragedy to the family”.

“We never thought that our grandmother would die in this manner. We cannot oppose fate. We have accepted what has happened; but it is so painful,” he said.

The international community and the human rights organisations have condemned the State’s high-handed response to civil disobedience leading to fatalities.

Global rights lobby, Amnesty International has ordered Emmerson Mnangagwa’s government to investigate the matter so that those responsible are brought to book.

“It is unfortunate that this election has descended into bloodshed, which could have been avoided if security forces had exercised restraint against protesters.

The Zimbabwe Human Rights Association (ZimRights) called for the international community to immediately intervene in fresh hostilities between government and the opposition following a disputed poll.

Likewise, UK Minister of State for Africa, Harriet Baldwin said she was “deeply concerned by the violence following the elections and the disproportionate response from the security forces”.

The US government also urged Zimbabwe’s security forces to exercise restraint in dealing with civil unrest.

Addressing journalists a day after his election Friday, President-elect Mnangagwa said he was in the process of instituting an independent probe into the killings.