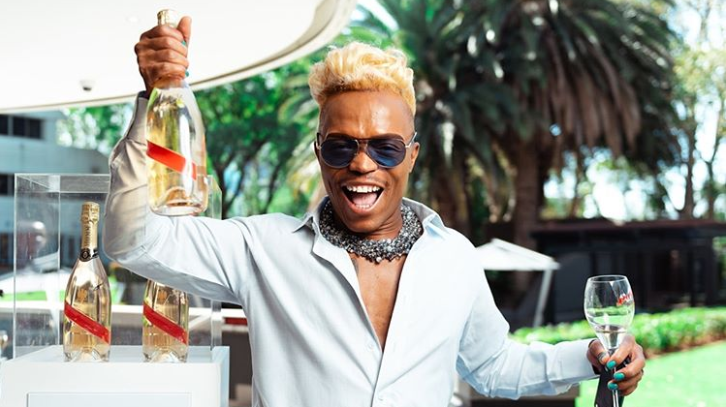 IF “moving right along” was a person, Somizi Mhlongo would fit that notion. While one country has given the choreographer the cold shoulder, another has welcomed him with open arms.

Somizi was blocked by the ruling Zanu-PF political party and churches which had mobilised and written a petition to deny him entry into Zimbabwe, where he was billed to appear as a guest chef at the opening of a restaurant. The cited reasons were that Somizi is a homosexual and homosexuality is illegal in the country.

The media personality has since moved on from all that drama and touched down in Namibia. He has been seen partying it up that side.

On Instagram he shared a clip of him being ushered in by motorbikes and can be heard saying he has “arrived”. A grand entrance fit for royalty.

He whipped the crowd into a frenzy in Namibia while on stage and warming them up for SA’s Scorpion Kings, DJ Maphorisa and Kabza De Small.

It is not the first time the cookbook author has headed to Namibia. He recently went there on his book tour to market Dinner with Somizi — I’m not a chef.

DJ Maphorisa took to his Instagram to share that it was another sold out show for the duo.  Their set included their hit song Abalele, which the crowd went crazy over.