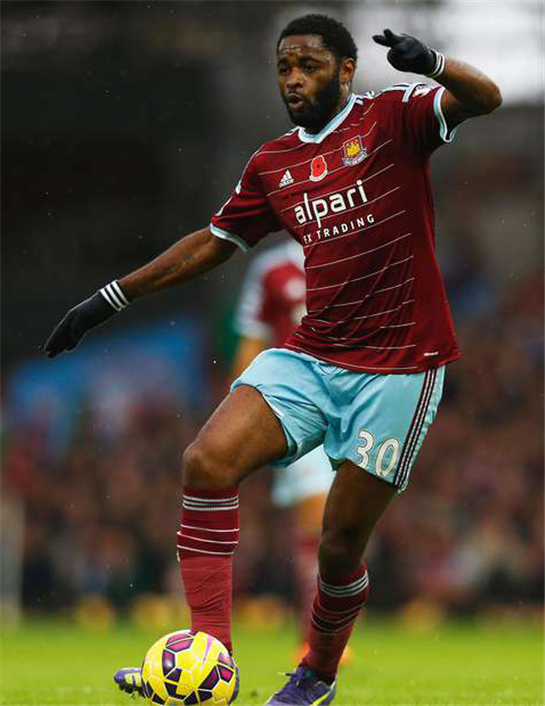 WEST Ham midfielder Alex Song says he was keen to return to Arsenal in the summer, as was Cesc Fabregas who later joined Premier League table toppers Chelsea from Barcelona.
Song, who is on loan at Upton Park from Catalan giants Barça, left north London for Spain in 2012 but was allowed to leave the Nou Camp in the summer, eventually signing for Sam Allardyce’s West Ham side.
27-year-old Song says he was keen to move back to the Emirates Stadium, as was Fabregas, but Gunners boss Arsene Wenger did not want to sign either of them.
Fabregas has been one of the best players in the Premier League this season, and has created the most Premier League goals in fewer than 250 appearances ever.
“I would have loved to have gone back, but they didn’t want to do it. That’s life. I don’t blame them”, Song told L’Equipe.
“Cesc Fabregas also hoped to return to Arsenal, but they didn’t exercise their option to re-sign him. It’s suprising when you see what he is doing for Chelsea. He is stronger than he was before.”
Cameroon international Song further revealed why he decided to leave Arsenal, citing the departures of other key players as the reason behind the club’s lack of silverware in recent years.
“I stayed for a long time, but didn’t win anything”, said Song.
“Each year, we lost our best players: Cesc, Robin, Samir… If the club had kept everyone, Arsenal would have been the champion (Premier League).
“Then, I had the option to go to Barca. You don’t turn that down. The saying goes that the train only comes once.”Advertisement