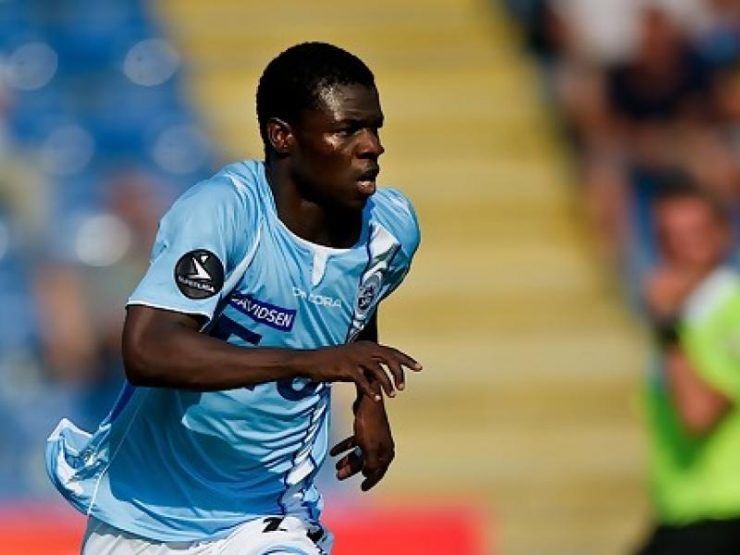 FC PLATINUM new signing Silas Songani was over the moon after announcing his return to local football in emphatic fashion with a brace which led the Zvishavane-based club to a comfortable 2-0 victory over Highlanders in the season opening Castle Challenge Cup at Barbourfields Stadium on Saturday.

The major talking point from the Castle Challenge Cup might have been the violence that erupted towards the end of the contest as some rowdy Highlanders fans almost caused the abandonment of the match after engaging in running battles with the police.

However, away from the ugly scenes it was the 30 year-old Songani who provided a timely reminder of his talent almost six years after leaving the country for Denmark.

Songani, who almost won the 2013 Soccer Star of the Year accolade before leaving the country to join Danish topflight side Sønderjyske from Harare City in 2014, was simply a delight to watch in his first match for FC Platinum since his return from the Scandinavian nation.

The former Warriors winger gave a loud reminder of his goal-scoring instincts, with a brilliant show that helped the platinum miners clinch their third successive Castle Challenge Cup silverware and their first under their new Dutch coach Hendrikus Pieter de Jong.

Songani’s first goal came in the 19th minute after Perfect Chikwende was brought down on the edge of the penalty box.

Despite the acute angle, Songani curled a beauty to the far right beating Highlanders’ goalkeeper Ariel Sibanda and his defenders all systems out.

Songani doubled FC Platinum’s lead 17 minutes later from an easy tap in past Sibanda after Chikwende had made a perfect solo run in the 36th minute from his own half on the left finding the unmarked dread-locked forward.

Songani was naturally delighted after leading his side to a piece of silverware on his debut.

“I came here to help the team win and we have started that,” said Songani.

“We could have done more but we appreciate the little we did. I made a promise to this club that I would add value and I hope to continue with this as the season starts.

“It’s still work in progress because I feel that we are not yet moving as a unit.”

FC Platinum’s victory also marked a memorable return for De Jongh to Barbourfields after he led Bosso to the Chibuku Super Cup title last season before leaving the club to join FC Platinum.

De Jongh was elated with the performance of his players.

His counterpart Mark Harrison reckons he has a lot of work to do ahead of the new season  after watching his side put on a poor show in the first half which ultimately cost them.

“The game was won and lost in the first half. We did not turn up today. All the work we have been doing in preseason, the players were looking good but today they did not show up. We have got a lot of things to do to make things happen,” Harrison said.