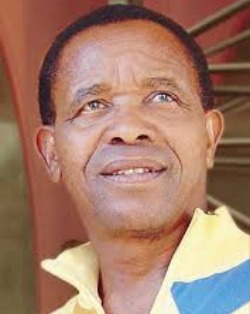 SOUL Brothers lead singer David Masondo has died.
The 65-year-old died at Garden City Hospital in Mayfair, Joburg, this afternoon.
Soul Brothers manager Welcome Nzimande: “We are shocked and saddened by the news of David’s death. We didn’t expect it so soon.
“His death has left a void in the mbaqanga music scene. He was one of the pioneers of the genre. May his soul rest in peace.”
Moses Ngwenya of Soul Brothers said he was very shocked by the news and he had lost a brother and a friend in the music industry.
Nkosinathi Ngwenya of Impumelelo said he couldn’t believe his father in music had died. He said it was a great loss to music and the nation and he were having trouble believing that David was truly gone.
David was admitted to hospital more than three weeks ago after getting very tired during a performance at Central Stadium in Uitenhage, Nelson Mandela Bay.
At the time of his death, the Soul Brothers were busy recording their 39th album. The album had planned collaborations with Ladysmith Black Mambazo, Steve Kekana and Ihashi Elimhlophe.
Welcome urged fans to continue praying for David’s family to be strong during a very difficult time.
David was born in Hammarsdale, a suburb of Durban also known as Mpumalanga, in 1950. He started his music career doing gigs in the kasi with the Groovy Boys.
He later co-founded Soul Brothers, which popularised mbaqanga across South Africa. At the time of his death, he was the group’s lead vocalist.
Since the group was formed in 1974, Soul Brothers had recorded more than 30 albums.