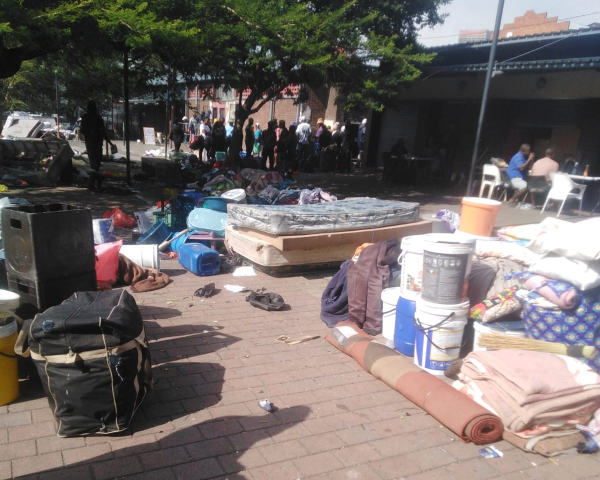 “South Africa is a lawless country. The only thing I need now is to go home and hope to start a project that will generate income and sustain me and my family.”

This is according to Lazarus Chinhara, 46, one of the victims who was allegedly forcefully removed by a group claiming to be Operation Dudula members from Msibi House, a hijacked building in New Doornfontein in Johannesburg, at the weekend.

Some of the victims spoke to TimesLIVE on Wednesday, describing how they were evicted from the building and allegedly assaulted after they moved to a park close to the building they once occupied.

Chinhara, a father of three and a leader of Zimbabwean people in South Africa with disabilities, said a group of people claiming to be from Operation Dudula arrived on Saturday at about 11am.

He said they gave them short notice to vacate their flats.

“At first we thought they were joking and when people delayed moving their items, they entered the flats and started throwing our belongings out,” he said.

Chinhara is blind and lost all his belongings, including new clothes and groceries he wanted to send to his children for Christmas.

“Unfortunately some people were not there and as a result, the thieves took advantage of that.

“They also took property belonging to the people, like TVs, fridges, groceries and new clothes that we wanted to take to our families in Zimbabwe since we are now approaching Christmas,” he said.

After the eviction, more than 300 foreign nationals including children, blind and other disabled residents sought refuge at a nearby park, some with belongings they managed to salvage during the eviction.

On Saturday evening they slept peacefully but the following night the same group returned in taxis and allegedly assaulted them, Chinhara said.

“They started beating the people including the disabled. . We ran to Jeppe police station thinking that the police would come and chase away those people,” he said.

He alleged police told them to return to their home country. Their next stop was Johannesburg Central police station where they also didn’t get help.

“When we came back [to the park] we found that they had taken all our belongings, , including groceries.

“Even my mobility stick was taken. Right now we are looking for places where we can be accommodated but some of the buildings are refusing , to take in people with disabilities. ” he said.

Chinhara added his money was taken during the eviction and his relatives from Zimbabwe were asking him to go back home but he couldn’t afford it. “This time of the year, transport is like R1,700 and I don’t even have that.” 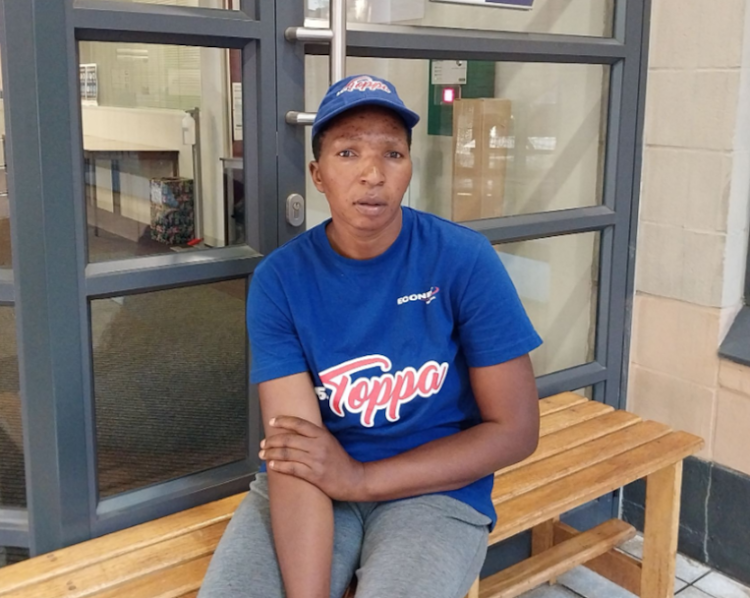 Moila Musoja, 41, said she has lived in the building since she arrived in South Africa from Zimbabwe in 2013. The mother of four said she has never paid any rent and didn’t know who owned the building.

“They just came and said everybody must get out — ‘you have been staying here for a long time and you have never paid rent. We are taking this flat. Pack your things and get out’,” Musoja said.

She said people allegedly armed with guns, knives and screwdrivers came in and removed their belongings, breaking doors of some of the rooms that were unoccupied.

Most of the building’s occupants didn’t have jobs and would beg or sell items on the side of the street to make a living.

She said the group took her fridge, phone and groceries which she had bought to take home to Zimbabwe.  “They took everything from us.” 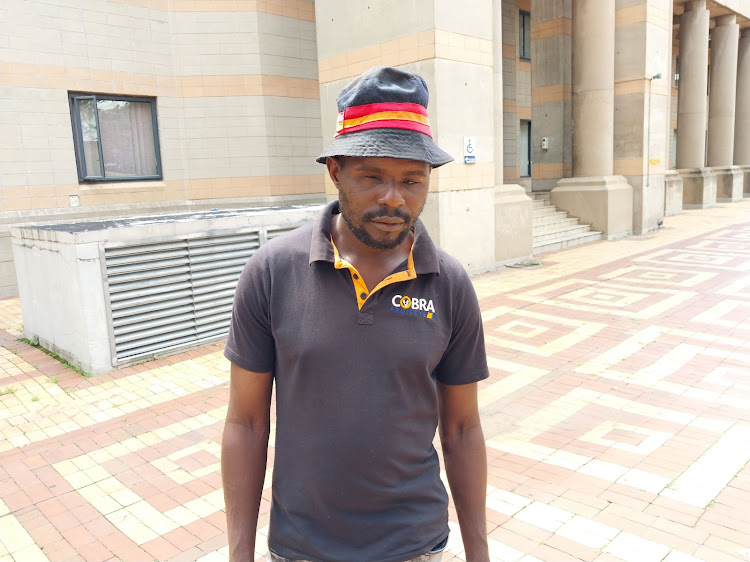 Abel Bura says it was very difficult to make a living in Zimbabwe, hence he settled in SA

Abel Bura, 43, who is partially blind, said when the incident occurred, he was in Kempton Park and quickly returned after receiving a call from his friends who stayed with him at the flats.

“When I arrived I saw people outside the flat with their goods.Some of the goods were thrown away. When I got inside, it was ransacked and my passport was taken,” he said.

The father of five said he arrived in South Africa in 2010 looking for greener pastures because of the abject poverty in his home country.

Each year he would save money for his wife and children and buy groceries to take home during the festive season.

Now without his passport, and all the money he kept inside the house allegedly stolen, he doesn’t know how he will start a new life.

He said when they were sleeping in the park, a group of people allegedly from Jeppestown flats and affiliated with Dudula, arrived and told them to go back to their home country.

He said the past few days had been a struggle.

He added that the situation in Zimbabwe was not good, but living in South Africa was no longer safe for foreigners and he feared for his life. “We are now living in fear and without knowing what will happen next.”

Sowetan’s sister publication TimesLIVE approached officials of Operation Dudula about the incident. The group responded with a voice note by national deputy chairperson Dan Radebe announcing a suspension of operations from midnight on December 16.

“Operation Dudula will be going into a recession which means therefore suspending all the operations and the activities of Operation Dudula for the purpose of giving our members and supporters an opportunity to have this festive season with family and their loved ones, and those who will be travelling long distances.

“Anyone who will engage in any activity during this period, will be outside Dudula’s mandate, up until Dudula returns to full activity on January 4 2023. We are therefore requesting all our members to enjoy … Let’s refrain from confrontations. Let’s refrain from operations that were not authorised by Operation Dudula,” Radebe said.

Ethel Musonza, chairperson of Zimbabwe Isolated Women in South Africa (Ziwisa),  said some of the residents who lived in the flats didn’t have documents.

Some of the documents, such as the Zimbabwean Exemption Permits (ZEP), had expired and the asylum seekers wanted to return home to renew them, she said.

Without documents people had to keep money in their homes as they couldn’t open bank accounts.

Musonza thanked Dr Janet Munakamwe, chairperson of the African Diaspora Workers Network (ADWN), who stepped in to assist the victims.

She said some residents had moved in with relatives and others had found temporary accommodation at other flats, for which they had to pay.

Police spokesperson Col Noxolo Khweza told TimesLIVE on Tuesday they were not aware of the incident.

“However we are appealing to the community to come forward so we can look into this matter. Any of our members who are found to have acted unlawfully will be dealt with,” she said.

On Wednesday evening she said she didn’t know of any people who had come forward.