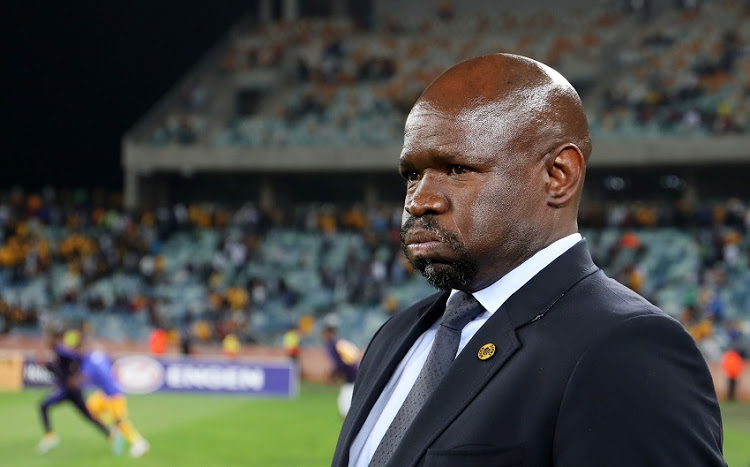 SOUTH Africa: Steve Komphela resigned as Kaizer Chiefs coach after three seasons at the helm following their shock 2-0 defeat against Free State Stars in the Nedbank Cup semifinal clash at the Moses Mabhida Stadium in Durban on Saturday night.

The club first tweeted “Breaking News” after the match before posting another tweet which confirmed Komphela’s resignation, “Breaking News: Steve Komphela has resigned with immediate effect as head coach of Kaizer Chiefs! More news to follow,” the club announced.

The match was marred by unsavoury scenes at fulltime as the supporters stormed the field which forced the players to hastly run off the field.

Disgruntled, the pitch invaders caused severe damage to the TV equipment and sound system around the field, leaving the club facing hefty punishment from the Premier Soccer League.

When commenting on the violence that followed after after the encounter, the coach said,”What we saw today is not good for football. It calls for reflection also from my side. About this club. About the future,” he told the press conference.

He then followed with a statement that suggested he’s quitting, “If I’m the trigger for this (violence), then maybe one has to say ‘maybe step aside…just stop the switch.”

Komphela’s tenure has been a difficult one as the former Bafana Bafana captain failed to bring any silverware to the glamour club of South African football.

He had inherited a championship winning squad from his mentor, current Bafana coach Stuart Baxter who had ended his reign at the Naturena-based side with a league and cup double.

Chiefs lost two successive cup finals in Komphela’s first season at the helm, losing to Ajax Cape Town and Mamelodi Sundowns in the MTN8 and the Telkom Knockout respectively.

Known as cup specialists in SA circles, they failed to reach any other cup final in the next two years with Komphela in charge.

His contract was about to come to an end after the current season. While no official word had been made about his future, Chiefs were expected to not extend the coach’s stay.