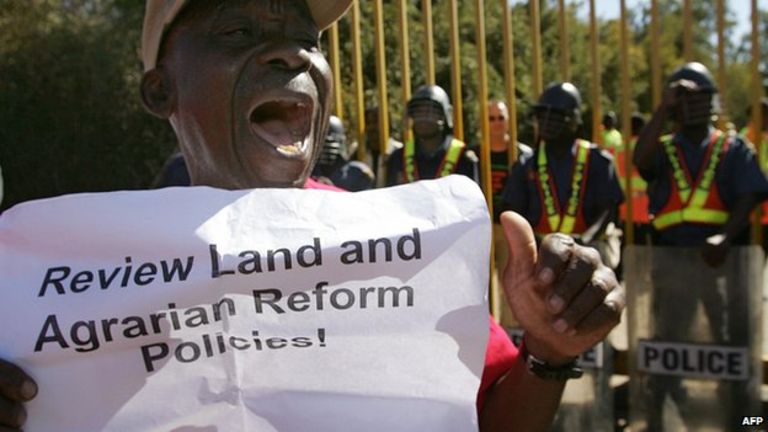 Spread This News
JOHANNESBURG: South African police have arrested about 30 people after violent protests in which demonstrators tried to occupy state-owned land and set a police station on fire.Police fired tear gas and rubber bullets at rioters who looted shops, vandalized buildings and threw stones at vehicles in the coastal town of Hermanus on Monday.

The unrest follows recent statements by President Cyril Ramaphosa that land transfers must be managed through dialogue and that there will be “no smash and grab” seizures.

Ramaphosa says South Africa must transfer some land from the country’s white minority to the black majority to address the legacy of apartheid, which ended in 1994.