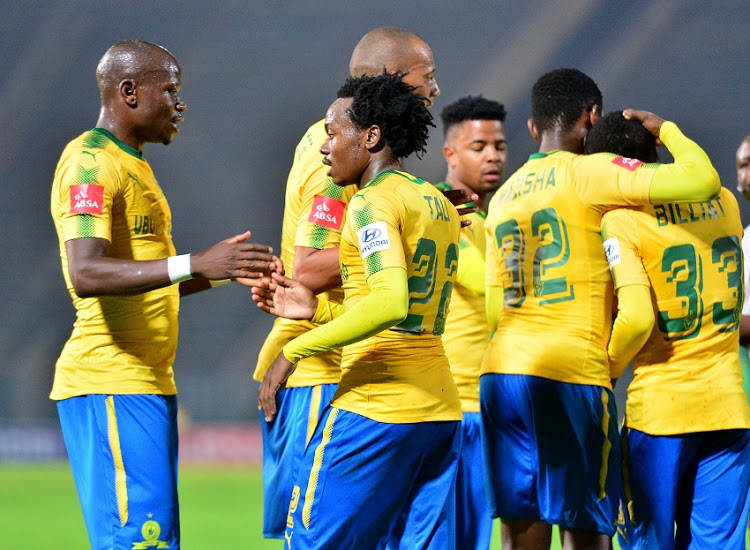 SOUTH Africa: The Absa Premiership title remains up for grabs, but Mamelodi Sundowns are looking more and more likely to claim the trophy after they picked up a fourth successive league win.

The Brazilians are three points clear of second-placed Orlando Pirates, who came from behind to defeat AmaZulu 2-1 away on Sunday thanks to goals from Musa Nyatama and Thabo Qalinge, but Pitso Mosimane’s side can re-establish a six-point buffer when they play a game in hand in midweek.

The weekend’s matches began on Saturday evening, with Sundowns easing to a 2-0 win over Bidvest Wits thanks to goals from Themba Zwane and Sibusiso Vilakazi – both of which were assisted by the excellent Percy Tau – while the derby between Free State Stars and Bloemfontein Celtic ended in a 1-1 draw.

Saturday’s night game saw both Cape Town City and SuperSport United continue to fizzle out as the season winds down, as they played out a tame goalless draw at Athlone Stadium. The Citizens have won just once in their last nine league outings, while Matsatsantsa have failed to win any of their last seven.

The Tshwane side have Ajax Cape Town breathing down their neck in the race to avoid the relegation playoffs, with the Urban Warriors claiming a valuable 1-1 away draw at Chippa United on Sunday, while Platinum Stars are all but certain to suffer the dreaded drop after they were beaten 1-0 at Kaizer Chiefs.

The narrow win wasn’t enough for the Amakhosi to move into the top three, as Maritzburg United remain ahead of them on goal difference after a 2-0 victory over Baroka FC at the Peter Mokaba Stadium.