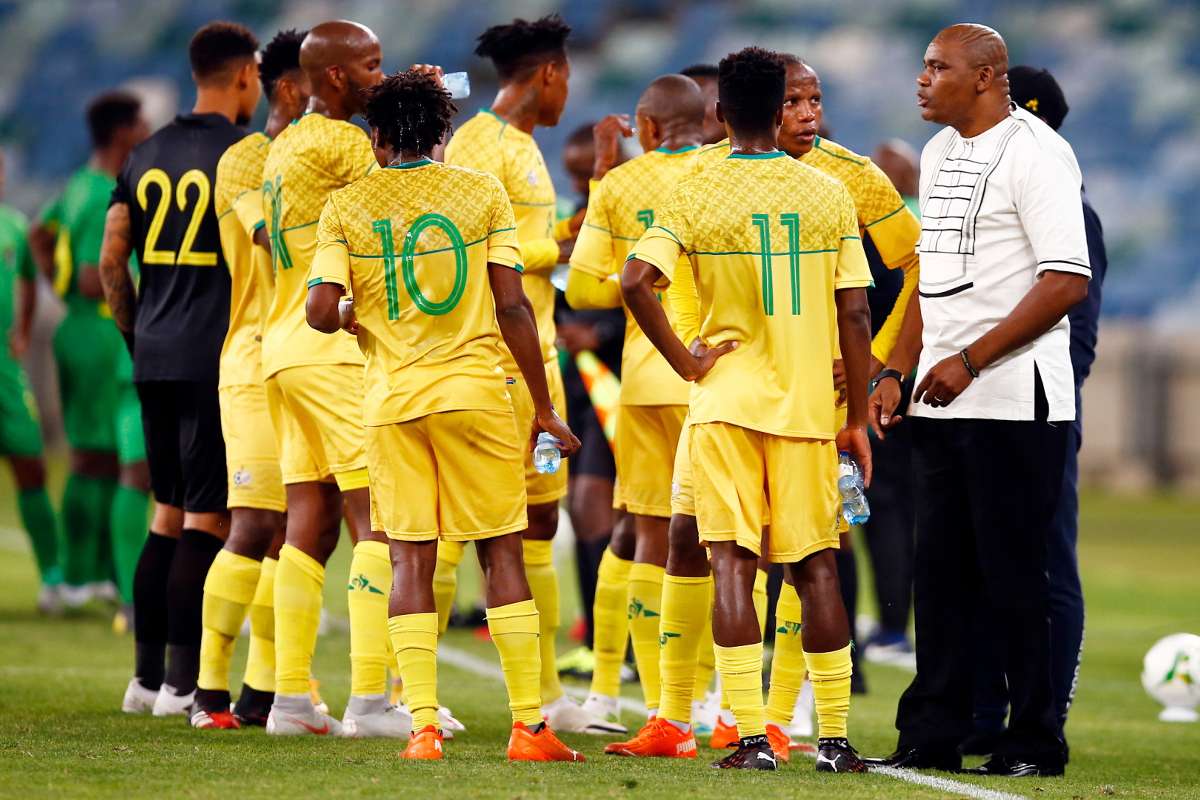 Beleaguered Bafana Bafana coach Molefi Ntseki’s job is on the line after the national team failed to qualify for next year’s Africa Cup of Nations on Sunday.

The South Africans will not line up against the continent’s best national teams in Cameroon next year after going down to Sudan at Al Hilal Stadium in Khartoum in a result that will have stunned the nation’s soccer lovers.

The embattled Ntseki is now staring down the barrel of a loaded gun after Sudan beat his lacklustre charges 2-0 to book their place at the Cup of Nations for the first time almost a decade.

Bafana needed either a win or a draw to guarantee passage to the Cup of Nations‚ but their bid came apart at the seams as early as the third minute when Saifeldin Maki put the home side in the lead.

Sudan had earned a free kick and after the ball was floated into the area‚ Maki rose above the ball-watching Bafana rearguard to beat goalkeeper Ronwen Williams with the header.

Perhaps Thursday’s laboured 1-1 draw against Ghana at home should have been an indication of what was to come in Sudan as Bafana had to come from behind to salvage a share of the spoils at FNB Stadium.

The visitors were always on the back foot after that early Maki setback and while they desperately searched for the equaliser‚ they always looked like they would concede a second as they continued to push men forward.

The home side defended bravely as Bafana continued to lay siege on their goal area and when the defenders were breached‚ the visitors found Aboeshren in an uncompromising mood.

The best chance of the half fell to captain Thulani Hlatshwayo and just when he thought he had finally beaten the stubborn Aboeshren‚ the woodwork prevented the ball from thundering into the back of the net.

Hlatshwayo watched agonisingly as the ball crashed against the crossbar and indicative of the cruel nature of this sport‚ Bafana were punished in the other end of the pitch moments later.

Sudan managed to hold onto their lead until the half time break and continued where they left off when play resumed in the second period.

They defended gamely and as the period progressed‚ it was clear that they had been instructed to close up shop by their bench.

Bafana tried to find the priceless goal that would have brought them back into the match‚ but Aboeshren stood firm in goal.

Sudan grew in confidence in recent weeks after beating favourites Ghana at home and group minnows São Tomé and Príncipe. They completed their fairy tale when they qualified for the Cup of Nations‚ stopping Bafana in the process.

They fancied their chances at home going into the decisive encounter and were encouraged after fears over Covid-19 blocked Bafana’s attempts to secure Bongani Zungu from Scotland side Rangers‚ Montpellier’s Keagan Dolly‚ Dean Furman from Carlisle in England and Abu Dhabi-based Thulani Serero.

Ntseki now faces an uncertain future and he is likely to be forced to walk the plank by his South African Football Association employers‚ even though they should also come under scrutiny after the ignominy of failing to qualify for Cameroon.