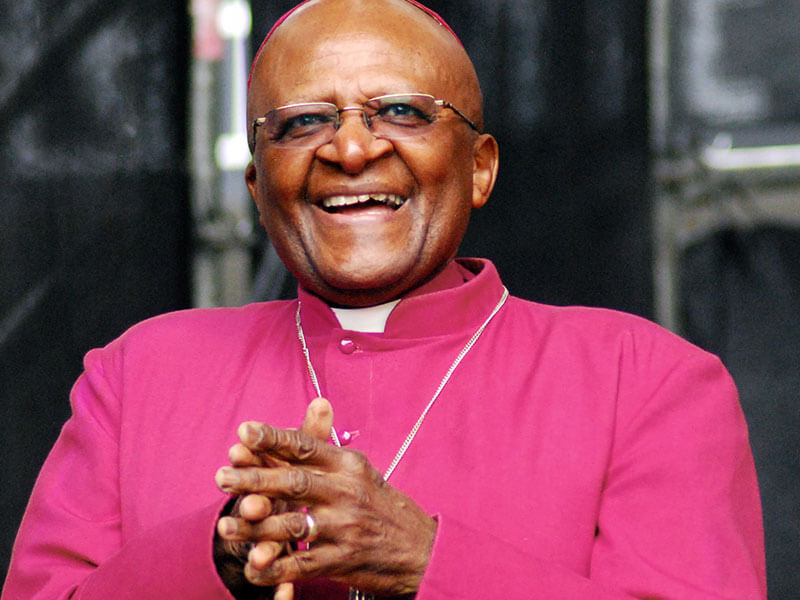 His death prompted an outpouring of grief among South Africans.

Thousands have paid their respects at St George’s Cathedral where his body has been lying in state in a simple casket.

Tutu was one of the driving forces behind the movement to end the policy of racial segregation and discrimination enforced by the white minority government against the black majority in South Africa from 1948 until 1991.

He will be given an official state funeral with South African President Cyril Ramaphosa expected to deliver the main eulogy.

Tutu had insisted there should be “no ostentatiousness or lavish spending” on the ceremony and that he be given “the cheapest available coffin”.

He also said the only flowers in the cathedral should be a “bouquet of carnations from his family”, according to the Archbishop Tutu IP Trust and the Desmond and Leah Tutu Legacy Foundation.

His ashes are to be interred behind the pulpit at St George’s Cathedral in Cape Town – the Anglican diocese he served as Archbishop for 35 years.

It was earlier revealed that Tutu is to be aquamated – a process using water that is described as an environmentally friendly alternative to cremation.

The funeral is set to take place on Saturday in Cape Town.

Many people in Cape Town turned up to file past the archbishop’s coffin as it lay in state.

One man, Wally Mdluli, hitchhiked more than 1 000km (620 miles) across the country from Bloemfontein to Cape Town – enlisting the help of family and friends to pay for some of the trip and even sleeping at a petrol station on the way.

“I feel fulfilled after I saw the coffin. It’s like his spirit is in me,” he told the BBC’s Nomsa Maseko in Cape Town.

Tutu used his high-profile to speak out against oppression of black people in his home country, always saying his motives were religious and not political.

After Nelson Mandela became South Africa’s first black president in 1994, Tutu was appointed by him to a Truth and Reconciliation Commission set up to investigate crimes committed by both whites and blacks during the apartheid era.

Tutu was awarded the Nobel prize in 1984 for his role in the struggle to abolish the apartheid system.

He was also credited with coining the term Rainbow Nation to describe the ethnic mix of post-apartheid South Africa, but in his latter years he expressed regret that the nation had not coalesced in the way in which he had dreamt.