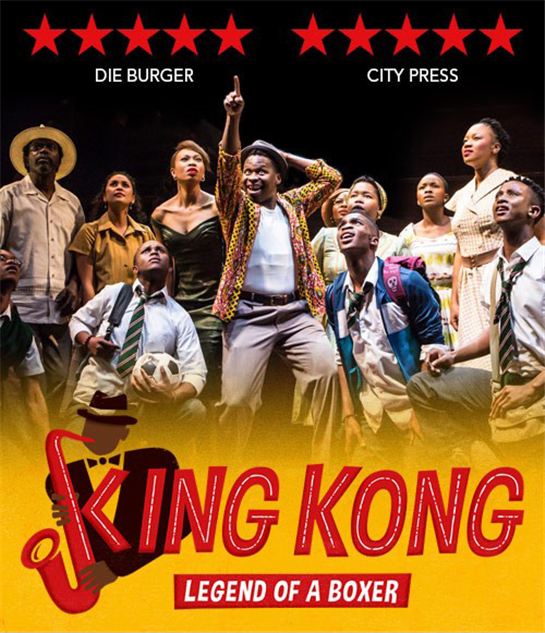 JOHANNESBURG: The rise and fall of flamboyant, ferocious Ezekiel Dlamini, a black South African boxer known as “King Kong” who was jailed for murder, inspired a 1959 musical whose black cast performed for multi-racial audiences, testing the apartheid system of that era.
Now the musical that helped to propel the careers of singer Miriam Makeba and trumpeter Hugh Masekela is back on the stage in South Africa.
“King Kong: Legend of a Boxer” highlights the jazz infused with indigenous influences that flourished in some black urban areas, particularly Johannesburg’s Sophiatown, in racially segregated South Africa in the 1950s, as well as the underworld of gangsters and bars known as shebeens accompanying the creative ferment. The backdrop, while not explicitly addressed in the play, is the white minority rule that systematically marginalized the country’s black majority.
The show, which ends a run at the Joburg Theatre on Sunday and returns to The Fugard Theatre in Cape Town on Dec. 12, is a cautionary tale. In 1957, Dlamini fatally stabbed girlfriend Maria Miya, an act that resonates in a country whose high rate of violent crime counts many women among its victims.
One theme in the musical is “the importance of understanding and owning your power but also taking responsibility for it,” said Nondumiso Tembe, a Los Angeles-based South African actor playing the role of Joyce, a host at a bar called Back o’ the Moon who becomes romantically entangled with the boxer. Tembe noted that the killing of women “has sort of become an epidemic in our society today.”
In a reminder of that scourge, President Jacob Zuma last week condemned the fatal shooting of eight women and girls, reportedly members of the same family, in a village in KwaZulu-Natal province and said curbing violence against women is a priority for his government. Police are investigating whether the killings were the result of a family feud or were linked to political rivalries that periodically turn violent in the region.