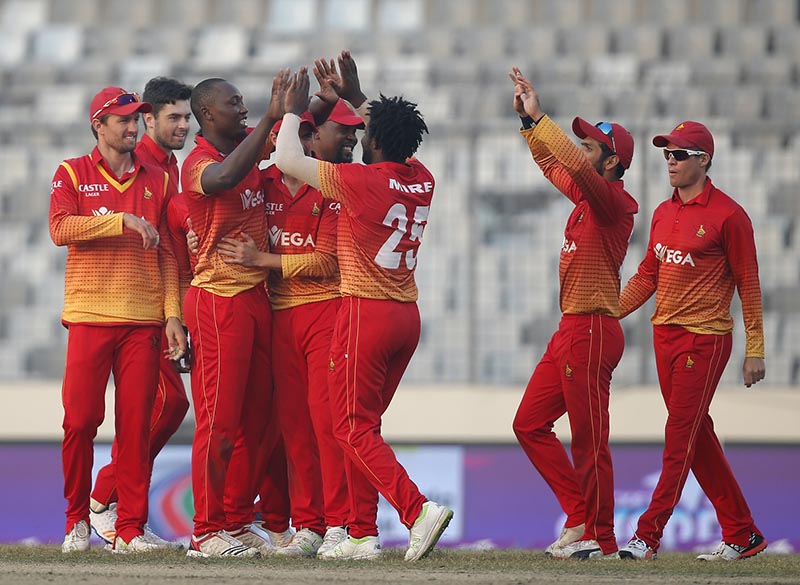 Having won the first one-day international on the strength of their bowlers’ performances, South Africa will hope for a more all-round show, while Zimbabwe will fight to keep the three-match series alive.

South Africa secured a comprehensive five-wicket victory in the first ODI at Diamond Oval in Kimberley, but their batting was a concern against a rejuvenated Zimbabwean attack on a spicy pitch. In chase of 118, they lost five wickets.

The batting is something the home team will want to work on, as will Zimbabwe, for whom inconsistent batting has been a long-standing issue – their total of 117 was their lowest-ever against South Africa.

There is no dearth of seasoned campaigners in the Zimbabwean batting line-up – captain Hamilton Masakadza, Brendan Taylor and Sean Williams have all featured in over 100 ODIs. The onus will be on them to turn around Zimbabwe’s fortunes.

But South Africa’s attack will make it no easier for them. Led by Kagiso Rabada – who is ranked No. 9 on the MRF Tyres ICC ODI Player Rankings for Bowlers – they are a potent attack. Lungi Ngidi and Andile Phehlukwayo continued to impress in the first game, and will be hungry for more success. In the spin department, Imran Tahir’s leg-spin will remain a challenging prospect for the Zimbabweans.

Zimbabwe will take heart from how well their fast bowlers attacked South Africa in the first ODI and will be desperate to build on that. Tendai Chatara, in particular, was outstanding and Kyle Jarvis will look to back him up. As for the spinners, leggie Brandon Mavuta showed glimpses of potential on debut the previous game and Wellington Masakadza’s left-arm spin made an impact too.

Heinrich Klaasen (South Africa): In his 11-match-young international career, Klassen has shown signs of being a valuable asset with the bat. He will like to further build on that reputation after a starring performance in the first game, in which he top-scored from either side with 44.

In tricky conditions, he looked among the most assured batsmen and stabilised South Africa’s chase.

Tendai Chatara (Zimbabwe): The right-arm seamer has been the most consistent Zimbabwean quick in recent times – in the last two years he has taken 40 wickets from 29 games at 27.60. After a good show in the first game, he will want to better on that performance and set the benchmark for his team’s bowling attack.