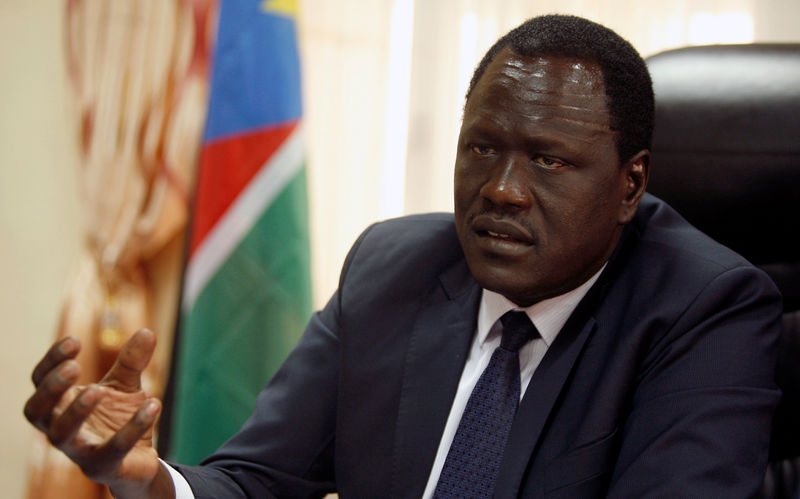 JUBA: South Sudan’s oil minister says South Africa will invest $1 billion into the war-torn country’s oil sector in what would be the largest investment in the East African country’s history.

South Sudan has Africa’s third-largest oil reserves, at 3.5 billion barrels, and it hopes increasing production will help the country recover after a peace deal was signed two months ago.

One analyst warned that despite the signing there’s no guarantee the South African money will come through, though if it does it would be “incredible.” South Africa would join Chinese, Indian, Malaysian and other interests in South Sudan’s oil sector.

The oil ministry said the South African money will be used for the refining and processing of oil and gas, research and development and the transfer of technology. South Africa’s Radebe said South Sudan has plans to build a refinery with “a capacity of 60,000 barrels of oil per day.”

“This is an enormous show of confidence in South Sudan’s potential,” Guillaume Doane, CEO of Africa Oil & Power which organised the conference, told the AP. “South Sudan needs investment capital and infrastructure. Working with South Africa on this level will give it both.”

On paper the deal looks incredible, said Shawn Robert Duthie, senior analyst for Africa Risk Consulting. “It would almost be like being one of the first to invest in Nigeria. That said, it’s just an MOU and agreements like this, the implementation will be very long.”

South Sudan’s economy is one of the world’s most dependent on oil revenues. Its oil sector has faced scrutiny for allegedly using the revenues to fuel the five-year civil war.