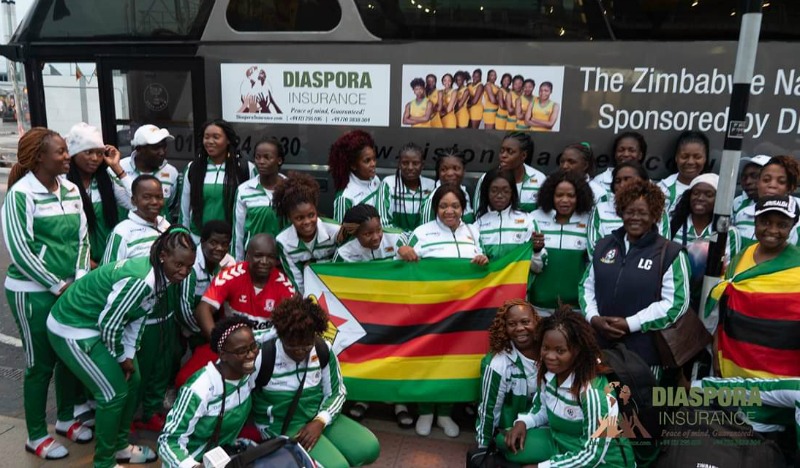 THE Zimbabwe netball team’s hopes of challenging for top honours at the Africa Netball Cup tournament suffered another blow after succumbing to a 69-39 defeat to hosts South Africa in their second encounter at the Bellville Velodrome in Cape Town yesterday.

Affectionately known as the Gems, Zimbabwe always faced an uphill task against their higher ranked neighbours and they went into the match under more pressure after following a walkover defeat against Uganda in their opening match.

The Gems, whose participation at the tournament was in great doubt until National Foods, came at the eleventh hour to rescue them only arrived in Cape Town on Friday evening, hours after the scheduled start of their opening match against the Ugandans.

After Uganda were awarded two points and sixty goals from the walkover, Zimbabwe went on to find the going tough against the well-drilled South Africans, who are favourites to win the continental crown.

Saturday’s result meant the South African side which is known as the Proteas made it three out of three after beating Lesotho and Malawi respectively on Friday.

The Proteas started the match on a high taking the 21-11 lead at the end of the first quarter. The home side went to the halftime break with a strong 39-18 lead over the neighbours, a good lead that saw them dominating with intelligent play as they keep the pressure on.

Zimbabwe tried to fight back but Proteas forwards were tough ending the third quarter with 49-30 lead before ending the match with a 69-39 victory.

South Africa is set to face Kenya on Sunday while Zimbabwe face must win matches against Lesotho (10am) and Kenya (4pm) to enhance their chances of progressing to the next round of the tournament.

Gems’ stand-in coach Ropafadzo Mutsauki said he was pleased with the performance of his new look team which featured a number of new players following the retirement of some senior players after the World Cup in Liverpool.

“I think we played very well considering that we have a new look team. We’ve made some chances to the team and the new players need more experience and composure as a team,” Mutsauki said.

“We want to continue improving in different areas of our game for example there is room for improvement in our reaction and passing. The new players played very well, I wasn’t expecting such a performance from them and I think they can only get better.”

Mutsauki also expressed his disappointment after the team missed their opening match following their late arrival in Cape Town.

“We were obviously disappointed to miss the first match, the first game of a tournament is always very important so it was devastating,” he said.