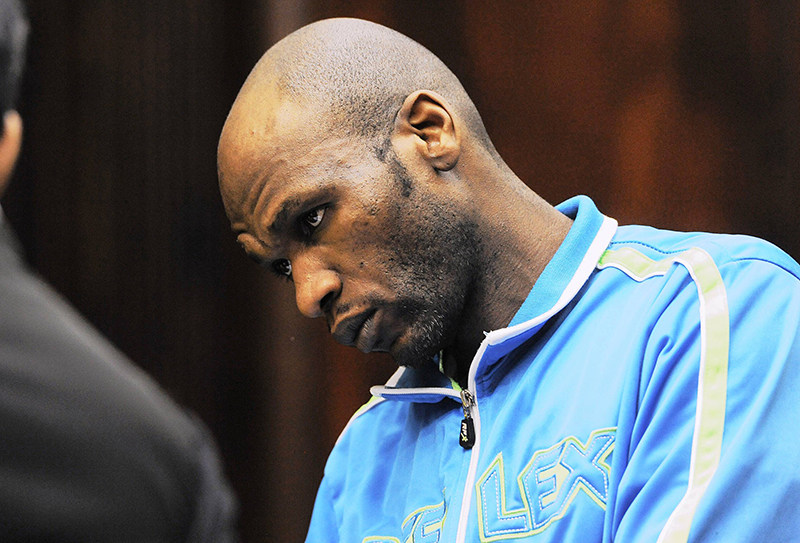 CAPE Town: The 77-year-old grandmother of Nikita Lewis, Hilda Rhoda Isaacs, says she has forgiven the man accused of murdering her granddaughter.

An emotional Isaacs testified in the Cape High Court this week about her granddaughter’s last days before she was killed, allegedly by her Zimbabwean boyfriend Lloyd Simbarashe.

Isaacs told the court of her last interaction with Lewis who had acid thrown in her face on August 19 and was then stabbed 18 times to death on October 9, 2015.

Lewis, then 24, had been hiding out at the Saartjie Baartman Centre for Women and Children in Athlone when the alleged murder took place.

According to witness testimony, 45-year-old Simbarashe stabbed Lewis 18 times in full view of shocked onlookers inside a shop in Du Noon.

The Bangladeshi shopkeeper of the Pick ’* Save Superette, Ahmed Mohamed Jahid, testified that he managed to keep Simbarashe from fleeing the crime scene.

Isaacs told the court that she had spoken to her granddaughter days before her death and asked her: “Why are you on the streets? You must stay at the centre.”

Isaacs also recalled an incident on August 21, 2015 when Simbarashe stormed into the kitchen of her Kensington home and fought with her and Lewis’s mother Bonita when they tried to prevent him from reaching into the kitchen drawers for “something”.

“He kept hitting the deceased’s mom against the ear. She had to have stitches in her ear and I had to have my arm put in plaster,” said Isaacs.

According to Isaacs, the accused pushed her so hard that she fell to the floor and injured her arm.

Simbarashe denied that he had been to Isaac’s house and does not recall the altercation with Lewis’s mother and grandmother.

“That’s not true. It was him. He came to our house to hurt us,” said Isaacs.

Lewis had a seven-year-old son who was five at the time of the incident. Isaacs testified that the Grade 3 learner was now experiencing problems at school and added he had not spoken to any of the family about his mother’s death.

Isaacs said on the day Lewis died, the family received a call that they needed to rush to the shop. “When they came back I asked them where she was. They just said she didn’t make it and I fainted. I just asked Almighty God to keep me strong,” said Isaacs as her tears flowed.

She denied claims in Simbarashe’s plea that the couple had planned to marry and had been living together for two years and eight months.

“I don’t know how far their relationship went but I do know the deceased was in and out of his place,” said Isaacs.

She also denied claims by the accused that he visited Lewis at the centre.

“Men are not allowed at the centre,” Isaacs stressed.

Simbarashe, through his attorney, Sheriff Mahomed, apologised to the family, asked for forgiveness and added that he was not “well” at the time.

The court heard that he had spent five years in a psychiatric institution in Zimbabwe from 2005 to 2010 but the judge objected to his psychiatric history being entered as evidence if a psychiatrist was not going to be brought in to testify.

Simbarashe looked disengaged from this week’s proceedings and sat with a permanent frown. The case continues on Tuesday.

This article is taken from Weekend Argus.