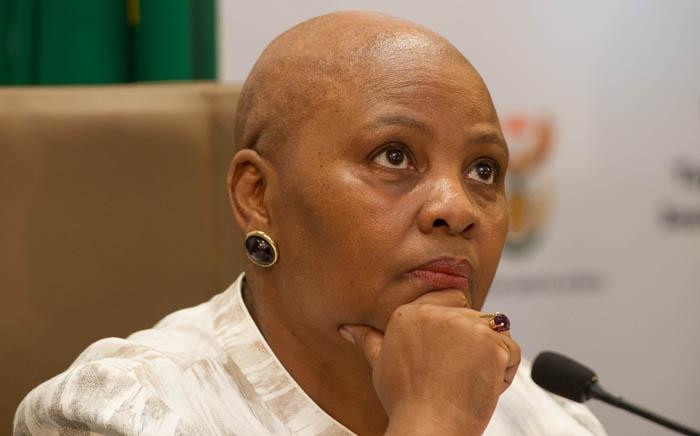 South Africa’s president has docked three months of the defence minister’s pay after she allowed governing party officials to fly on an air force plane to Zimbabwe with her on 9 September.

The defence force had argued she was on official business and had simply given the other passengers a lift.

But President Cyril Ramaphosa called it an “error of judgement”.

Mapisa-Nqakula had been travelling to Zimbabwe’s capital Harare for a scheduled meeting to discuss regional issues.

But opposition politicians were extremely critical of the fact that she let the ANC delegation hitch a lift with her.

Ramaphosa, who in coming to power had pledged to clean up the ANC’s reputation after a decade of corruption scandals, said that by giving the ANC delegates a lift on the plane, she had not acted “in the best interest of good governance”.

As a result, he said he had decided to dock Mapisa-Nqakula’s pay, with the money going to a fund to help fight coronavirus.

In response, the opposition Democratic Alliance party said Ramaphosa had not gone far enough, characterising the punishment as a slap on the wrist.

The issue could be discussed further in parliament amid some calls for her to be sacked.