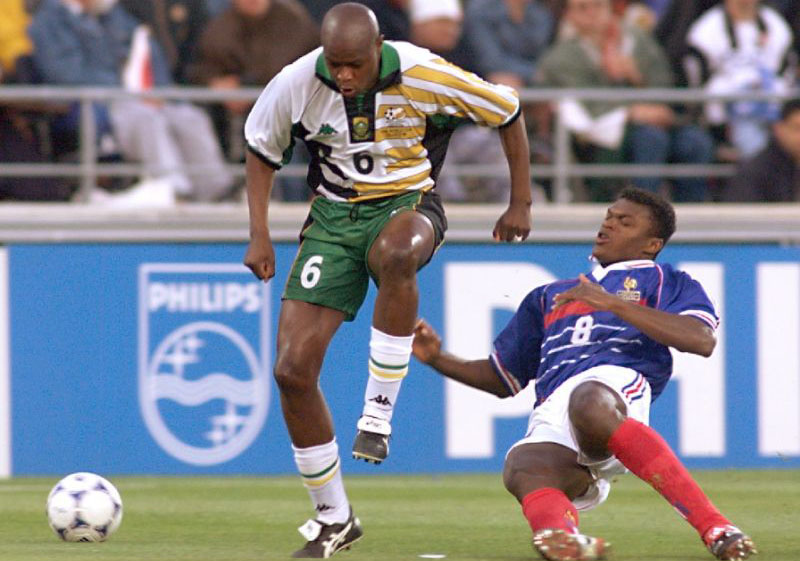 “We have lost a giant of South African football,” said football association president Danny Jordaan. “This is a sad day and I am gutted.

“I saw him last Sunday before I flew to Dakar (for Confederation of African Football activities) and although Phil was not feeling well, he was in good spirits.

“Before saying goodbye, I promised ‘Chippa’ that I would visit him again sometime this week and now our hero is gone.”

A physically formidable forward, he scored the goal that beat Congo Brazzaville 1-0 in Soweto and took Bafana Bafana (The Boys) to the 1998 World Cup in France.

Masinga ran on to a pass from midfield and slammed an unstoppable shot over the Congolese goalkeeper before a capacity 80,000 crowd, including then president Nelson Mandela.

Masinga was part of the South African ‘golden generation’ that won the 1996 Africa Cup of Nations just four years after an apartheid-induced international ban was lifted.

Bafana qualified for the 1998 and 2002 World Cup tournaments, but the national team has been in steady decline since.

He played for local clubs Jomo Cosmos and Mamelodi Sundowns before moving abroad in 1994 to join Leeds United, then a top-flight English club.

Masinga also played for St Gallen in Switzerland, Salernitana and Bari in Italy and Al Wahda in the United Arab Emirates.