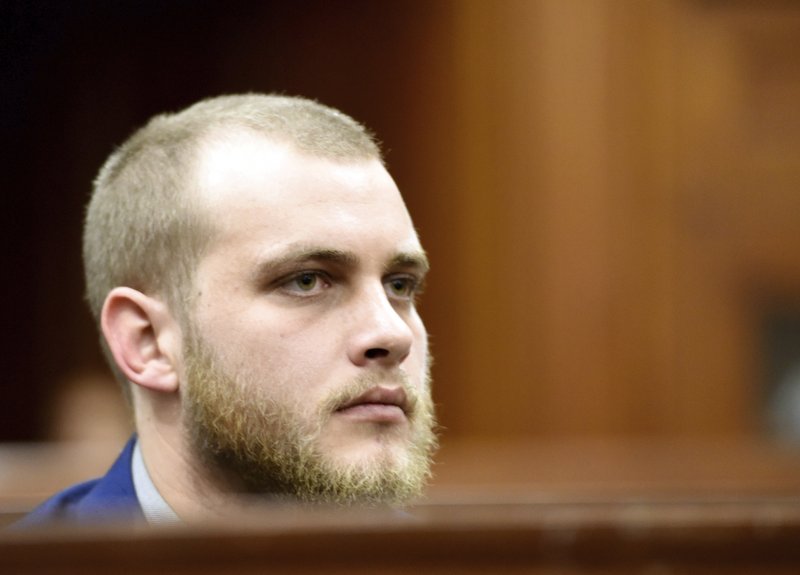 CAPE TOWN: A South African man has been found guilty of murdering three members of his immediate family on Monday, more than three years after the gruesome attack in an upscale housing estate that shocked the nation.

Henri van Breda, 23, was also found guilty of obstruction of justice and attempting to murder his sister on Jan. 27, 2015. His sister Marli, then 16, suffered severe injuries and is reported to be unable to remember the incident.

“After considering all the evidence, the result is inescapable,” Judge Siraj Desai said in the Western Cape High Court, after reading an hours-long judgment that detailed the evidence given in the case. “As a family man, it is difficult for me to say so.”

He went on to say that the court unanimously found van Breda guilty on three counts of murder, one count of attempted murder, and one count of obstructing justice.

Van Breda, wearing a short beard and a blue suit, was expressionless as he stood to hear the verdict. He was denied bail, and will be held in custody until his sentencing.

After handing himself over to police in September 2016, van Breda had pleaded not guilty to all charges. He was 20 years old at the time of the attack.

The trial of Henri van Breda began more than two years after his parents and older brother were killed in their home in De Zalze Estate in Stellenbosch, a scenic wine-growing region near Cape Town. Martin van Breda, his wife, Teresa, and their eldest son, Rudi, were killed.

The grisly attack, which gripped a country that has a high rate of violent crime, also has attracted international attention. The family had moved to Australia but returned several years ago.

Van Breda alleged during his trial that his family was attacked by an intruder wearing gloves, dark clothes and a balaclava in the early hours of the morning.

Van Breda’s defense had said his family had spent a normal evening at home the night of the murders. Early in the morning, van Breda said he heard banging sounds in the house and opened a door to see someone attacking his brother with an ax. He shouted for help and his father entered and accosted the attacker, who was wearing a ski mask, according to van Breda’s account. He said there may have been at least two attackers, and that he suffered minor injuries while wrestling with one of them.

Van Breda called emergency responders more than two hours after the attack, saying he had lost consciousness. In a phone call to emergency services played in court, van Breda told the operator: “My family and me were attacked by a guy with an ax.”

Van Breda, who the judge said had tampered with the crime scene in order to mislead police, was found that morning by police sitting outside the house, his clothing stained with the blood of the victims. Investigators found a bloodstained ax and kitchen knife in the house.

The first police officer at the crime scene testified that he smelled alcohol on Van Breda’s breath after arriving to the family’s home. He said the suspect “appeared emotional, like he was blowing off steam, and was nervous but wasn’t crying,” the African News Agency reported.

Judge Desai said in his judgment on Monday that “there was no security breach the night of the murders” and that nobody in the estate had “complained about strangers or any undue occurrence.”

The judge said “in the absence of any intruder, the only reasonable inference” is that van Breda wanted to mislead police and that he staged the scene of the crime.

He said van Breda had “intentionally” inflicted injuries on himself and “in order to mislead the police as to the true identity of the perpetrator.”