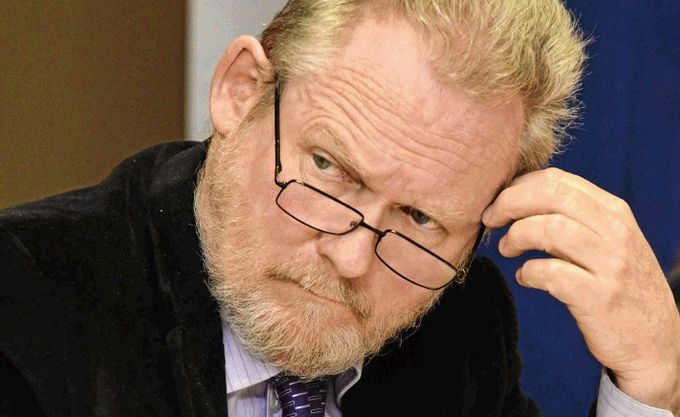 SOUTH Africa’s Department of Trade and Industry is due to send a technical team to Zimbabwe in a day or two, armed with a list of more than 100 items that are at the centre of a trade impasse between Pretoria and its northern neighbour.
Department director-general Lionel October on Thursday said Minister Rob Davies and his Zimbabwean counterpart were due to meet soon to smooth out the dispute. Davies had also taken the issue to Cabinet level, October said.
The dispute stems from a unilateral ban Zimbabwe imposed on South African imports, with the country slapping exporters with extra tax duties.
Zimbabwe says the import restriction is meant to protect local industries and prevent the trend towards the country becoming a “supermarket economy”.
October explained that this had been a long-standing issue and was raised during Zimbabwean President Robert Mugabe’s state visit to SA in 2015. Zimbabwe’s unilateral ban on South African imports had worsened the situation, he said.
However, the imports ban was facing huge opposition in Zimbabwe and was one of the reasons cited for last week’s mass stayaway, as well as similar protest action that had been planned for this week.
On the list of restricted items are camphor cream, body creams, petroleum jellies, baked beans, potato crisps, bottled water, coffee creamers, mayonnaise, salad cream, peanut butter, canned fruit, cheese and many other items.
“Zimbabwe in is breach of Southern African Development Community Protocol. The issue will be taken up at a technical level — we have already sent the list of items to Zimbabwe. It will also be raised at Cabinet, as well as bilateral forums,” said October.
“We cannot accept the way our exporters are being treated,” he added.
However, October was at pains to stress that, where there was a legitimate case for localisation in Zimbabwe, SA would drop some items on the list. But, where SA knew Zimbabwe had no local capacity and was importing products from elsewhere, SA would stake its claim on imports.
“We have said that, where there is local capacity, we have no problem with Zimbabwe,” explained October.
The import dispute is playing against the backdrop of SA establishing a new Africa Trade unit ( the erstwhile Africa Export Council), whose sole mission will be to promote trade on the continent. Davies was due to unveil the initiative on Friday in Pretoria.Advertisement

October said SA generated R300bn in revenue from its exports to other African countries. However, through Africa Trade SA, the country wanted to change the nature of trade between it and continental peers.
“You will remember that SA’s trade balance with the rest the continent is skewed in our favour. Barring the oil we get from Angola and Nigeria, there is little else we get from the continent. We want to change that by promoting intraregional trade,” said October.
A dedicated team within the department would work with South African companies to achieve this objective, he added.
“We also want to procure goods from our continental partners, and make sure that trade is not just one-way traffic from SA,” explained October.
SA was also looking to do away with its “Big Brother” image on the continent, wherein it dumped its goods, said October.