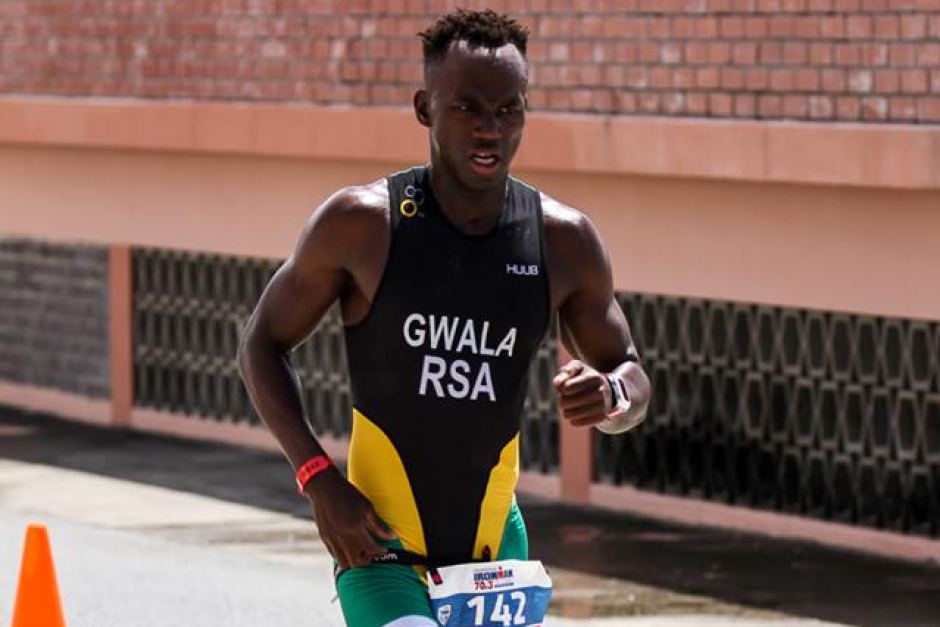 SOUTH African triathlete Mhlengi Gwala has reportedly been attacked while training by three men attempting to cut off his legs with a saw.

Gwala’s training partner Sandile Shange told the BBC the 26-year-old is stable in hospital and his injuries are not life-threatening.

The attack reportedly happened in the early hours of Tuesday in Durban while Gwala was on a training ride.

The men cut into both of Gwala’s legs before he was able to escape.

Police spokesperson Nqobile Gwala told the BBC that a case of attempted murder is being investigated.

“They dragged him to the side of the road to some bushes, took a saw and started cutting his legs.

“They kept on cutting and when they got to the bone, because the saw was not that sharp, the saw got stuck. When they saw it was getting stuck they started on the other leg.”

Gwala was due to compete in the South African national championships this month.