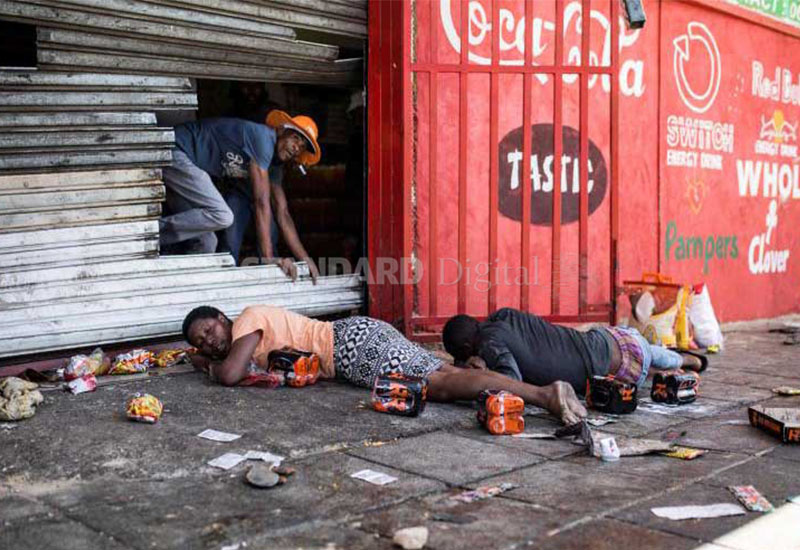 FOLLOWING the xenophobia outbreak in South Africa, with attacks mainly on migrants from Zimbabwe, Malawians and Nigerians among other African nationals as well as their governments have taken action to protect their own.

The violence targeted at black African migrants broke out in Johannesburg and Pretoria last Sunday and by Monday had spread to other parts of the country.

Property belonging to foreigners is being looted and torched while gruesome videos of migrants being heavily battered, set on fire and stoned to death have made their way into social media.

Five people have been reported dead and scores have been arrested in Pretoria and Johannesburg.

The attacks come on the eve of the African edition of the World Economic Forum (WEF) hosted in Cape Town, an event which leaders of Rwanda, DRC and Malawi have since pulled out from in protests against the violence demanding ‘definitive measures’ to protect their nationals.

Zambia has cautioned its truck drivers exporting goods to stay out of the country.

While President Emmerson Mnangagwa has jetted into South Africa for the WEF back home citizens are calling for a mute on South African music and a boycott on their artists; Mafikizolo and Babes Wodumo who are billed to perform in the country.

Government has requested that South African authorities address the “senseless and barbaric” attacks, warning their nationals in and travelling to ‘take necessary precaution to ensure their safety’.

South African companies; MTN, Shoprite and MultiChoice have stopped operations in Nigeria and Zambia after several stores were targeted by demonstrators.

Demonstrators in Lagos this week torched a South African popular supermarket chain store while in Mozambique protestors were screening all truckers demanding to know their nationality. The protestors were violently turning back South Africans in retaliatory attacks to the xenophobic attacks.

South Africa has struggled to contain its citizens who have over the past 10 years protested the presence of foreign nationals. Another outbreak in 2008 left over 60 people dead including Zimbabweans.