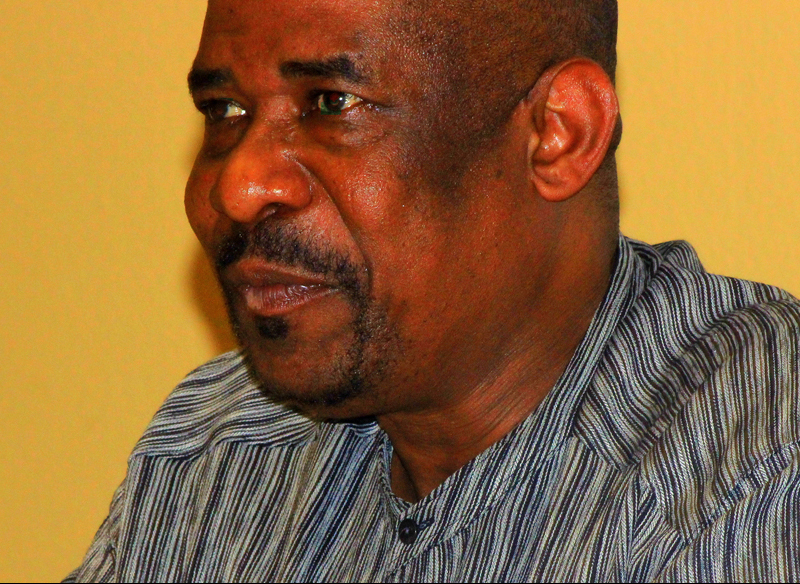 His family, which has fond memories of him, say they are still struggling to come to terms with the sudden loss. Tshanda produced music for groups such as Splash and Dalom Kids in the 1980s.

Music lovers, artists and leaders in the music industry attend the memorial service on Friday. Although the mood was mainly festive, some of the speakers struggled through parts of their speeches, particularly the family. Tshanda’s wife, Sylivia, had her letter read to the audience by one of her sons.

“He was my prayer partner, we prayed together he was the love of my life we shared great love with each other, the father of my children we raised three boys together, my business partner together we managed the Dalom stable, for all this he will be solely missed and forever remembered, may the soul of my beloved husband rest in peace.”

His eldest son shared fond memories of his father.

“He was a great dad, musician. He inspired everyone including myself to become the best people we can be. He was very passionate about what he did and I really loved that about him the most because it inspired me to be passionate about the things I wanted to do. My dad and myself had a vision; he told me never to give up and do everything that I love.”

“Today we have lost an icon, we have lost a dedicated talented producer who made us proud as South Africa. We know his work and his dedication, the people he produced from 1985 when he did Pikoko it got platinum. He made us proud with everything he did.”

A close friend, Stanley Khoza says not only did Tshanda break barriers for himself, but he pushed the envelope even for other artists.

“Some of you know him on the performing side; not so many know he could sit in the boardroom and fight for you, that all your lives must change. He was a board of director at Echo that is why we are here with our smiles and his legacy will live in our hearts.”

Tshanda was born at Matangari village, outside Thohoyandou and raised in Soweto. His fame spread through countries such as Botswana, Namibia and Zimbabwe. He will be laid to rest at Wespark Cemetery in Johannesburg on Friday 18 January.