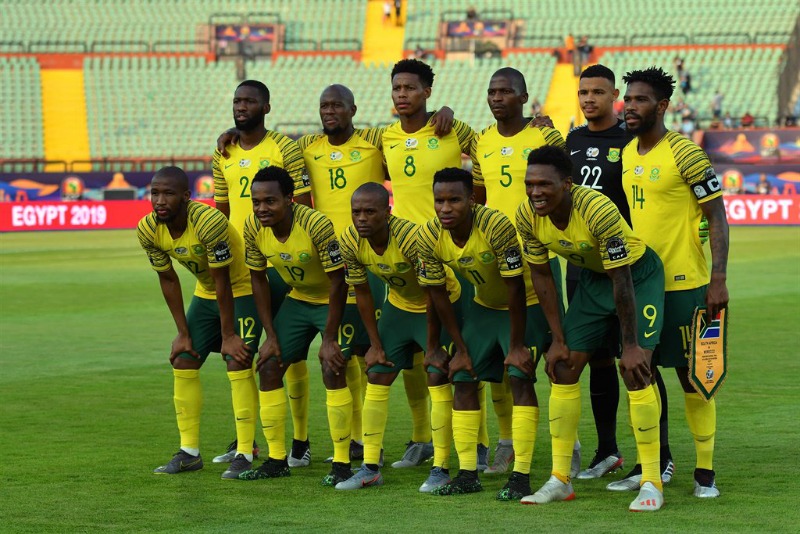 Bafana Bafana secured passage to the Africa Cup of Nations quarter-finals after defeating hosts Egypt 1-0 at the Cairo International Stadium.

Bafana made two changes from Monday’s loss to Morocco as Dean Furman returned while Thembinkosi Lorch was handed his first start of the campaign.

Unlike their previous encounters, the Pharaohs struggled to settle as Mohamed Salah and Mahmoud Trezeguet failed to carve out the openings.

Mohamed El-Shenawy was brought in to action 21 minutes in, tipping Tau’s free-kick out for a corner as South Africa upped the temp in search for an opening goal. Bafana continued to bombard El-Shenawy with long-range attempts from Lorch and Mokotjo in and around the penalty area, as the half drew to a close.

Egypt restructured matters during the break, with the arrival of Ahmed Ali Kamal who replaced Mohamed Mohsen. Bafana were under pressure 55 minutes in, as Trezeguet fired straight at Ronwen Williams from Salah’s through-ball.

The South Africans dusted off the gloominess in the final 20 minutes, with half-chances from Thulani Hlatshwayo and Lorch.

Bafana threw their in their first changes in added time, with Hlompho Kekana and Lars Veldwijk introduced. However, their introductions didn’t matter though as Bafana grabbed the win to confirm their ticket in the last eight.