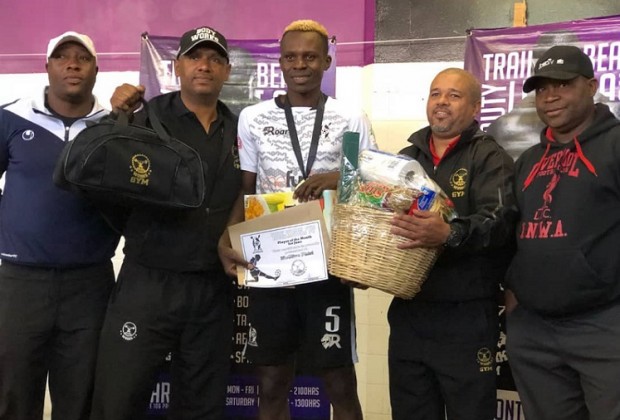 Bidvest Wits have reportedly completed the signing of Zimbabwean right-back McClive Phiri on a two-year deal.

Fringe Warriors defender Phiri has been training with the Clever Boys for the past month even though Wits coach Gavin Hunt denied back in December the club was monitoring him.

“The deal was kept under wraps so that the player concentrates on his job. He has signed a performance-based contract,” the player’s agent Dalu Bhebhe is quoted as saying by The Chronicle.

“It’s a good deal for McClive and if he performs the way that he was doing while at Highlanders as well as how he has expressed himself at Wits, he can only get better and have a successful stint.”

The 26-year-old, who initially played as a striker for Ngezi Platinum before moving to giants Highlanders, comes as a bargain to Wits as he joins as a free agent despite reported interest from Chicken Inn and CAPS United.

A reliable source at Wits confirmed the player’s presence at the club.

“Ja he’s here, he’s training with the club as we speak,” the source tells KickOff.com.

Wits official Jonathan Schloss and Hunt could not be reached for comment.

Phiri, who is regarded as one of the best right-backs in Zimbabwe, has four caps with the senior national team.