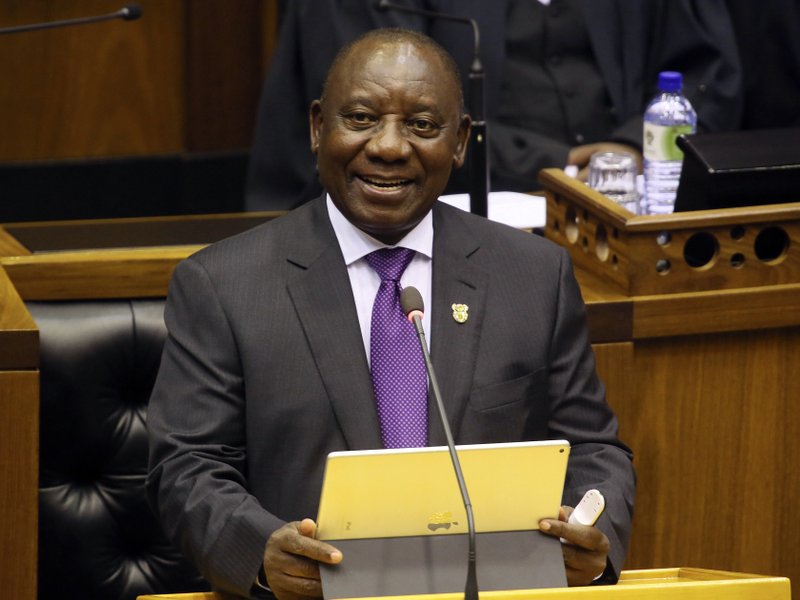 JOHANNESBURG: South Africa’s new president said Thursday that the transfer of some land from the country’s white minority to the black majority will be handled without damaging the economy and that there will be “no smash and grab.”

The effort to address the legacy of apartheid more than two decades after the end of white rule is one of South Africa’s contentious issues, and President Cyril Ramaphosa said land transfers must be managed through dialogue.

“It is a question that we will continue to handle with care and responsibility,” said Ramaphosa, who took office last month after the resignation of Jacob Zuma. The issue promises to dominate political debate ahead of elections in 2019.

A parliamentary committee is assessing a possible constitutional amendment that would allow for the reform known as “land expropriation without compensation,” and will report to the full parliament by the end of August.

Much of South Africa’s economy is controlled by the white minority, stirring anger among blacks who hoped for a better life after apartheid. However, the government wants to avoid the example of neighboring Zimbabwe’s chaotic land seizures under former leader Robert Mugabe that contributed to the country’s economic deterioration.

A group that primarily represents South Africa’s white Afrikaner minority said this week that it plans to launch an international campaign to warn governments and foreign investors that property rights would be vulnerable and investments would not be safe if the government proceeds with land reform.

The group, AfriForum, said it will deliver its message to the embassies of countries that trade with South Africa.

Ramaphosa appealed for calm, saying some people are trying to stoke fear among South Africans and in the international community about the issue.

A 1913 law allotted most of the fertile land in South Africa to whites and left a small percentage for blacks, and grievances around the issue have largely languished since the ruling African National Congress party took power after apartheid ended in 1994.

Damaged by corruption scandals under Zuma, the ANC has been under pressure to act on the land question from the Economic Freedom Fighters, an opposition party that says it wants to help disenfranchised blacks in a country with high unemployment. The biggest opposition party, the Democratic Alliance, opposes expropriation, saying state land should be given to potential farmers.