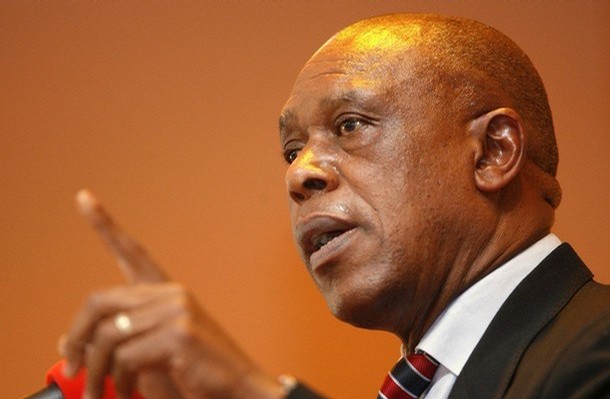 SOUTH African Tokyo Sexwale has announced his intention to run for the FIFA presidency at a press conference in Johannesburg.
The apartheid-era political prisoner turned multi-millionaire businessman is currently FIFA’s anti-racism advisor.
He was endorsed by the South African Football Association earlier on Saturday.
The 62-year-old already has four competitors for the presidency: UEFA President Michel Platini, Prince Ali bin al-Hussein of Jordan, ex-FIFA official Jerome Champagne and David Nakhid of Trinidad and Tobago.
Sexwale has also mediated for FIFA in disputes between the Israeli and Palestinian football bodies, a mission given to him by the outgoing president Sepp Blatter.
He was also on the organising committee for South Africa’s 2010 World Cup.
With financial interests in the mining and energy sectors, he is estimated to be worth some $200m.
During the apartheid era he was imprisoned on Robben Island alongside late South African president Nelson Mandela.
He became a close friend of Mandela’s and served as a cabinet minister after South Africa embraced democracy. He is also the former host of South Africa’s version of “The Apprentice”.
FIFA is to elect its new president on 26 February following Blatter’s resignation earlier this year.
Blatter and Platini, who was previously the favourite to win the election, were both provisionally suspended for 90 days after Swiss prosecutors opened a criminal investigation into a £1.35m payment from Blatter to Platini earlier this month.Advertisement