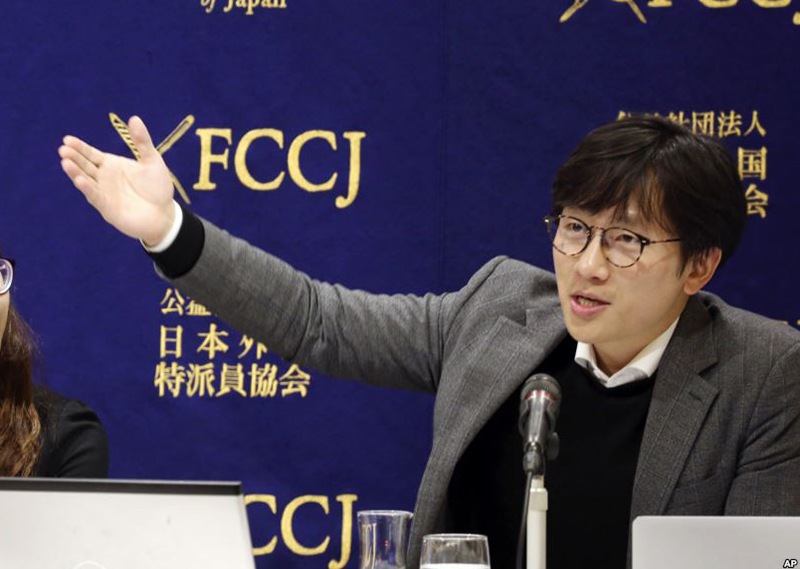 SEOUL: A South Korean court said Wednesday it has ordered the seizure of local assets of a Japanese company after it refused to compensate several wartime forced labourers, in an escalation of a diplomatic brawl between the Asian neighbours.

Japan called the decision “extremely regrettable” and said it will push for talks with Seoul on the issue.

In a landmark ruling in October, South Korea’s Supreme Court ordered Nippon Steel & Sumitomo Metal Corp. to pay 100 million won ($88,000) each to four plaintiffs forced to work for the company when Japan colonised the Korean Peninsula in 1910-45.

But the company refused to follow that ruling, siding with Japan’s long-held position that all colonial-era compensation issues were settled by a 1965 treaty that restored diplomatic relations between the two governments. Japanese officials said they could take the issue to the International Court of Justice.

On Wednesday, the Daegu District Court’s branch office in the southeastern city of Pohang said it issued the seizure order for some Korean assets of the Japanese company in early January after lawyers for the plaintiffs filed a request to do so.

The Japanese company holds 2.34 million shares, or around $9.7 million, in a joint venture in Pohang with South Korean steelmaker POSCO.

The asset freeze became officially effective later Wednesday after a court document was delivered to the joint venture, said Kim Se Eun, one of the lawyers for the plaintiffs. She said an additional legal step is required to sell 81,075 of the 2.34 million shares that the district court ordered to be frozen. She declined to say when that step might be taken.

Only one of the four plaintiffs, a 94-year-old man, is still alive and bereaved family members represent the other three.

The 81,075 shares were frozen for two of the four plaintiffs, including the sole survivor. Lawyers plan to request the district court to order the freeze of a similar number of shares for the two other plaintiffs, Kim said.

In Tokyo, Chief Cabinet Secretary Yoshihide Suga said Japan has “grave concern over the development.” Suga was expected to hold a meeting of top officials later Wednesday to discuss how to respond.

South Korea’s Foreign Ministry said it will review whether to accept Japan’s call for talks. However, it said in a statement that an act triggering “unnecessary conflict and discord will never be helpful to resolve the matter,” in an apparent criticism of Suga’s statement.

The asset freeze is likely to further chill diplomatic ties between South Korea and Japan, which are both key U.S. allies in the region. The October ruling was the first of its kind, and in November South Korea’s Supreme Court ordered a second Japanese company, Mitsubishi Heavy Industries, to compensate 10 former Korean workers, drawing strong criticism from Japan.

When South Korea and Japan signed the 1965 treaty, South Korea received more than $800 million in economic aid and loans from Japan and used the money to rebuild its infrastructure and economy devastated by the 1950-53 Korean War.

In its October and November verdicts, the South Korean Supreme Court said the 1965 treaty cannot prevent individuals from seeking compensation for forced labor because Japanese companies’ use of such labourers was an illegal act against humanity that was linked to Tokyo’s colonial rule and its war of aggression.

Many South Koreans still harbour strong resentment of Japanese colonial rule, when hundreds of thousands of Koreans were mobilised as forced labourers for Japanese companies or sex slaves at Tokyo’s wartime brothels.