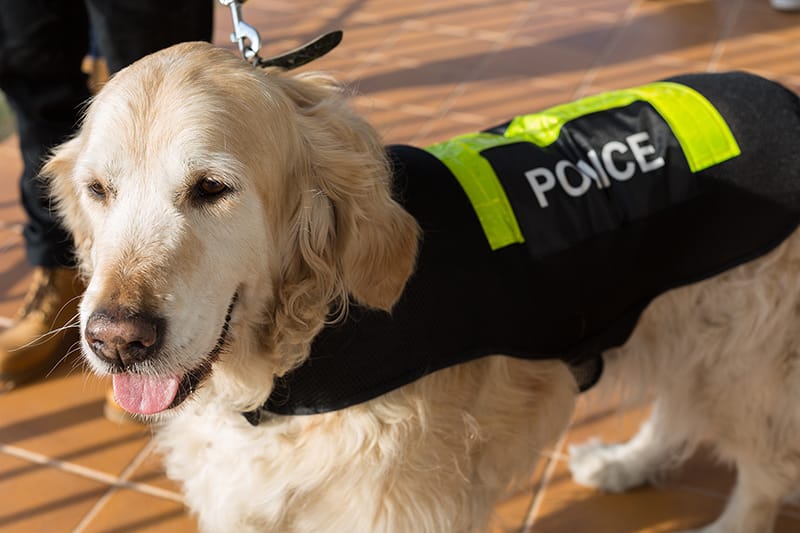 A long-serving South Korean police dog killed in the line of duty – by a snake – will be honoured with a rare ceremony next month in a country where a million of his fellow canines are estimated to be eaten every year.

Larry, a seven-year-old German shepherd, was searching for a missing person on a mountain in North Chungcheong province when the reptile bit him on his left hind leg in July.

He is the first police dog to die “in the line of duty” anywhere in the country, the Daegu Metropolitan Police Agency said in a statement.

Highly trained in tracking evidence through scent, Larry helped officers with 39 felony cases and took part in searches for more than 170 missing people since first being deployed in 2012.

He provided a key clue to an unsolved murder last year after detecting the body of a woman buried 70cm underground near a hiking trail.

An officer told AFP that the carcass was cremated, and a funeral service held after Larry’s death last month.

“Roam freely in heaven”, read a caption on a photograph of Larry in front of flowers, pictures showed.

Police have commissioned a bronze plaque “in honour of Larry” listing his achievements, which will be hung in the regional police headquarters at a ceremony in September, the officer added.

It is a marked contrast to the fate of many dogs in South Korea, where their boiled meat has long been a part of the cuisine and remains a delicacy for some, with about one million dogs believed to be eaten annually.