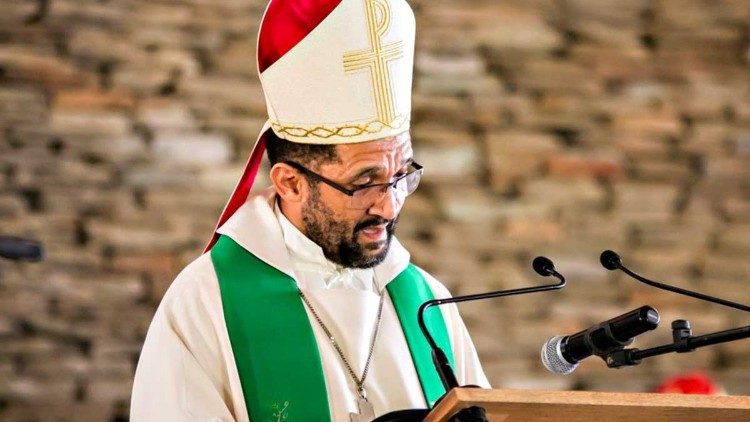 The Southern African Catholic Bishops Conference has said it stands “in unconditional solidarity” with its Brother-Bishops of Zimbabwe in the face of attacks due to a Pastoral Letter that has provoked the wrath of the Zimbabwe Government.

Bishop Sithembele Sipuka says that the Catholic Church and its Bishops in Southern Africa stand “in unconditional solidarity” with the Bishops of Zimbabwe in the face of vilification by the Zimbabwean Government.

“We, the Southern African Catholic Bishops’ Conference (SACBC) … continue to note with increasing concern the unabated situation of repression in Zimbabwe, resulting in increasing hardship and suffering to the citizens,” reads a statement released Wednesday, by the Bishop of Mthatha and President of the SACBC, Sithembele Sipuka.

Bishop Sipuka continues, “We commend you for your prophetic voice in naming and condemning the brutalisation of ordinary people by security forces and the underlying corruption that has led to the total collapse of services to the people by the government (of Zimbabwe).”

“Your Pastoral letter of Friday 14 August 2020 clearly describes the hardships and problems faced by Zimbabwe, and analyses the causes, which those in authority do not want to hear. Your voice of encouragement to the people of Zimbabwe is what they needed to hear in this time of their greatest need. It is opportune and appropriate that this letter was issued on the eve of the Feast of the Assumption of Mary. We take hope from and hold on to the assurance given by Our Mother that, “God has put down the mighty from their thrones, and exalted the lowly.” (Lk. 1:52),” says Bishop Sipuka.

The Bishops of Southern African, in particular, condemn the personal attacks targeted at the Archbishop of Harare, Robert Christopher Ndlovu, by Zimbabwe’s Minister of Information, Publicity and Broadcasting Services, Senator Monica Mutsvangwa.

“It is most regrettable that instead of addressing the issues, the Government through its Information Minister, Monica Mutsvangwa, chose instead to target and insult Archbishop Robert Ndlovu as “evil-minded,” projecting its own tribalistic agenda to fuel divisions in the country. To you bishops and particularly to you Archbishop Ndlovu we remind you of what Jesus foretold about those who speak in his name that “they will seize you and persecute you” (Lk.21:12),” assured he Bishops.

“We pray that the Bishops and the Church will continue to speak prophetically, with the voice of God, and be the light that shines in the darkness, ‘and the darkness has not overcome it,’ (Jn.1:5). Keeping quiet is not an option, and as shepherds of the people, your voice of support gives hope to the people entrusted to you to carry on. As your brothers and sisters in Southern Africa, we assure you of our support and prayers that this time of suffering, in your country, may soon come to an end,” Bishop Sipuka said.